Alabai Dog Price – All You Need To Know 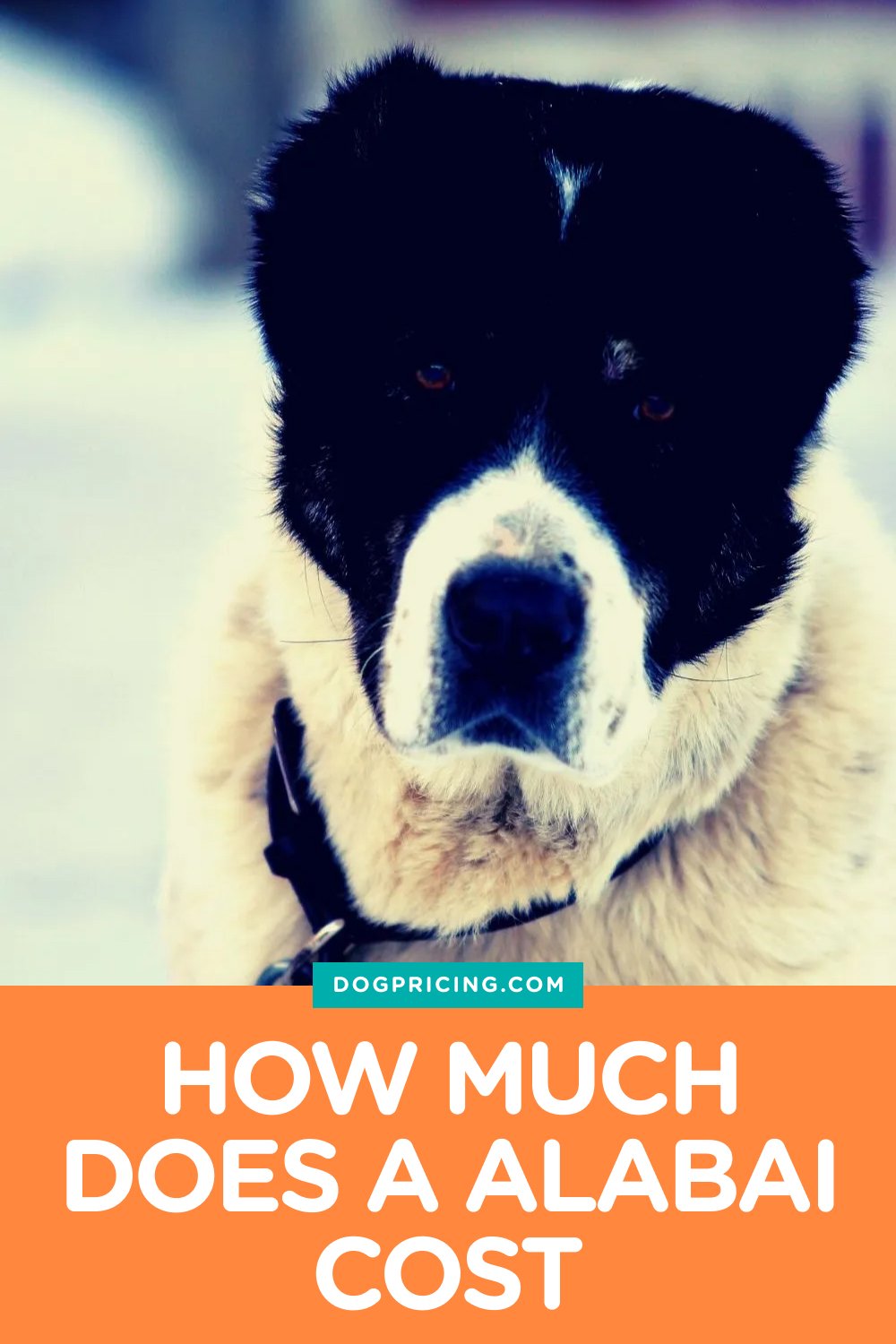 Alabai dog is also known as the Central Asian shepherd dog. Its cost depends upon your geographic location, the dog’s pedigree, and the breeder’s reputation. Most Central Asian Shepherd dogs’ buying price, ranges between $1,400 and $1,600.

However, the expense of purchasing some of these dogs can be more than $2500. Adopting an Alabai or Central Asian shepherd puppy from a local animal rescue group is another option to consider if you’re looking for a companion for your home. The cost of adopting a dog of this breed ought to be substantially lower, and the range of prices that can be expected to be charged by shelters is between $150 and $350.

In addition to this, the Alabai dog breed will need to be cared for and nourished, which will result in additional expenses. The first year you own an Alabai, you should spend at least $1,200 to $1,500 to buy everything you will need to take care of the puppy. This includes food, supplies, and veterinary treatment. The subsequent years should be less costly, but it is still a good idea to allocate at least $600 to $1000 in your budget for each year to ensure that you have enough money for everything you require as well as any unanticipated costs that may arise.

Getting an Alabai from a Rescue Organization

There are a lot of favorable aspects that come along with adopting an Alabai from a shelter. Due to the fact that they are unable to interact with prospective owners, dogs who are housed in shelters often experience lower levels of stress and have a higher adoption rate. Because they usually have a larger number of animals available for adoption compared to either private breeders or rescue organizations, shelters also have a greater success rate when it comes to finding homes for dogs.

The Alabai is one of the giant shepherd dog breeds. They have a history that dates back more than five thousand years ago and has traditionally been employed as a watchdog for flocks of sheep and goats. The Alabais may still be employed as shepherd dogs in modern times; however, they are also kept by nomads to assist in the protection of their families and their belongings.

The Alabai possess a strong sense of self-reliance and autonomy as compared to other dogs. They are also highly self-assured, territorial, and possessive, and if they perceive a threat to the safety of their loved ones, they may display aggressive actions in response. The members of this breed are devoted to their families and may be pretty loving with those they care about.

Because of their qualities, Alabais are beautiful additions to households with older children. However, given their size, it is typically not suggested that these dogs be kept in homes with very young children.

The Alabais are a breed that tends to be quite massive (as discussed above). Both males and females measure at least 25 inches in height, while some individuals measure over 27.5 inches. They usually weigh no less than 92 pounds, although their maximum potential weight might exceed 110 pounds.

The biting force of an Alabais is between 550 and 650 psi, making it one of the hardest bites of any canine breed. The natural instinct of this dog is also very strong that’s why they are also considered one of the best guard dogs.

Considering that the breed was initially developed in Central Asia, it is not surprising that they are currently one of the most common, large, and dangerous canines in Russia. or in the whole world.

To maintain the health of your Alabai Dog, it is essential to provide them with the appropriate quantity of food at the appropriate times. Bloat is one of the most severe health issues that may be caused by the food that Alabai Dogs consume, and it can even result in death. To prevent this from happening, it is crucial to only give them one cup of dry food (kibble) at a time and then to wait for thirty to forty-five minutes before giving them any more. In addition to this, it is essential to provide them with food not only once but three times every day.

See also  How Much Does a Scottish Terrier Cost?

The care and maintenance of Alabais are pretty simple. They shed very little throughout the year, although they have one season significantly heavier than the others. The occasional brushing and washing is the only maintenance an Alabai will need outside its shedding seasons.

The nails of an Alabai do grow relatively fast; therefore, they need to be clipped regularly to prevent them from becoming excessively long, breaking, or splitting, which might make it painful for the dog to walk. In addition, owners of Alabais should ensure that their pets’ ears are kept clean and that they scrub their teeth and gums regularly.

The independent character of an Alabai might make it challenging to teach this type of dog properly. The greatest outcomes are likely to be achieved by owners who have previous experience and are able to commit the mandatory amount of time to train this breed. It is crucial to teach an Alabai consistently and fairly to assist the pup in understanding expectations and maturing into a loving and well-behaved adult.

Even though Alabais are not a breed known for their extremely high levels of activity, they nevertheless need regular exercise. Try to take your Alabai on lengthy walks, assign them a chore that requires them to accomplish outside, or play with them in a yard that is enclosed by fencing. This breed needs at least one hour of workout routine and should receive it.

Since the Alabai has been around for almost 5,000 years, natural selection has had plenty of time to work its magic, resulting in a highly healthy and genetically resistant breed. The fact that they are such a huge breed, however, increases the likelihood that they may suffer from hip or knee dysplasia.

Dysplasia is a disorder in which the hip bone does not usually form, as its name suggests. The joints grind against one another, which accelerates the process of degeneration. Due to this condition, walking can become extremely painful for an Alabai, and surgery may be required.

Is it possible for Alabai to live with children?

When it comes to kids, Alabais may be rather accommodating. They are warm and loving, as well as protective and devoted. However, because they are so protective of their families, dogs of this breed could be less receptive to the presence of unfamiliar people in the house, such as a child’s playmate. Because of their size and risk to younger children, Alabais should never be allowed in areas where children are present without strict adult supervision.

A Few Interesting Facts Regarding Alabai 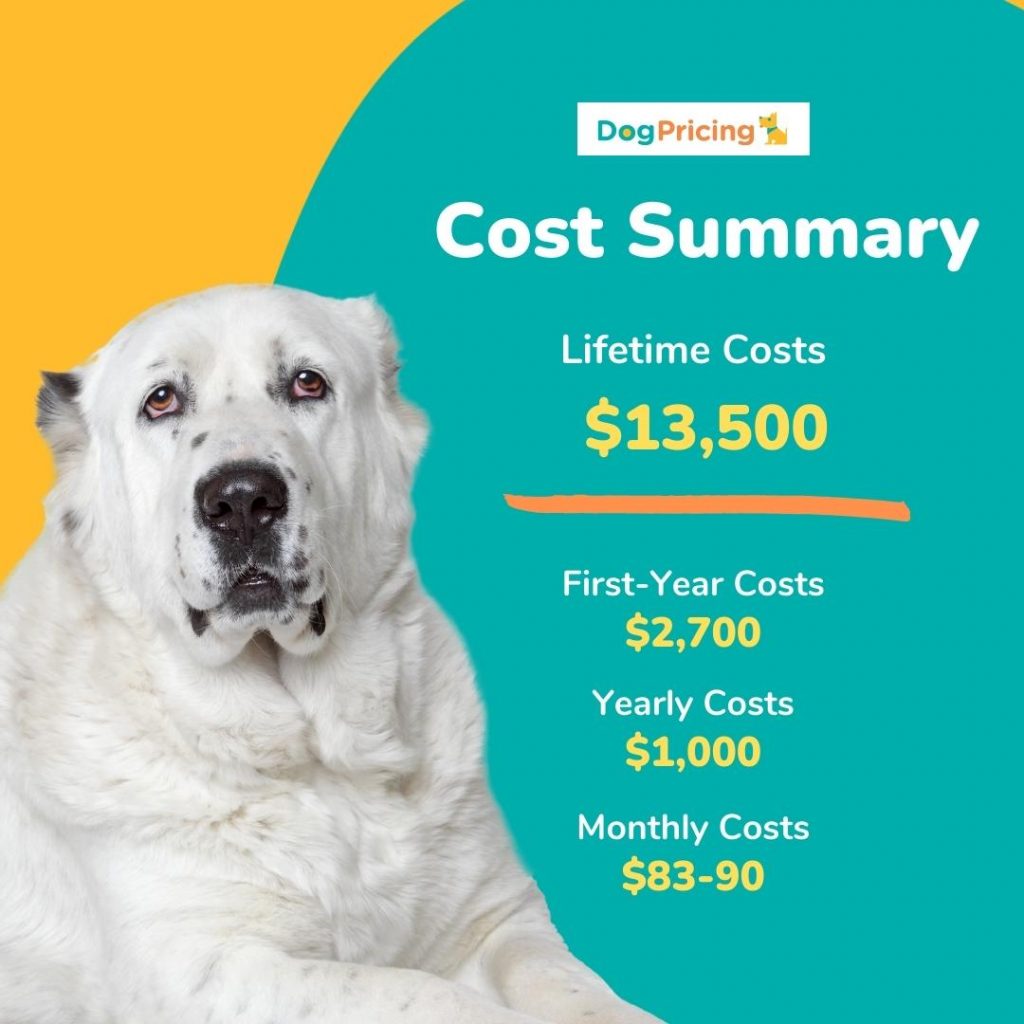 We really hope that you liked reading our essay about the pricing of the Alabai Dog. These dogs have a well-deserved reputation for being intelligent and devoted, qualities that make them excellent additions to any household. The Alabai Dog is a perfect choice if you want a pet that will be an excellent addition to your family and your house.