Dewclaw Removal Price – What to expect? 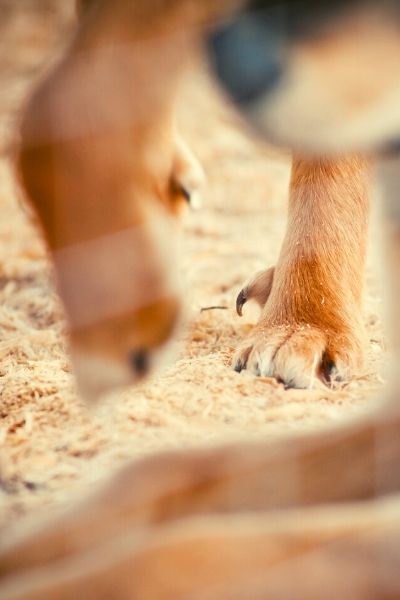 If you own a dog, you have undoubtedly seen something in its limbs that resembles a “little thumb.” Technically, this little thumb or this dog part is known as the dew claw. Dewclaw often develops high on the inside of a dog’s limb (most often on front paws and rarely on rear paws).

Dew claw removal is completely voluntary; however, some breeders and parents of dogs choose to clip their puppies’ dew claws when they are still young. This is done since the dew claws serve no use, and some owners do it because they do not want the chance of the dew claws being pulled off in the future amid rough play.

The cost to remove the dew claws in a single puppy can range anywhere from $50 to $150. This price also includes the fee for the veterinarian inspection as well as a few other additional expenditures, such as the cost of an anesthetic and the cost of some supporting drugs (if required).

In most cases, the removal of puppy dew claws takes place within a few days after the birth of the puppies, often between the ages of three and four days old, and the costs will vary depending on many factors.

Factors Affecting the Cost of Dewclaw Removal in Dogs

See also  TPLO Surgery Dog Cost - How much should you expect?

Types of Dog Dew Claw Removal Surgery and Their Cost

The following are the three most common types of canine dew claw removal procedures that veterinarians perform:

In this procedure, the whole dew claw is removed. It is termed surgical debridement, and it is done when there is an issue with the dew claw nail, such as an inflamed nail, which produces pain and suffering for your dog. An ingrown nail is an example of this type of issue.

When there are no bones or cartilage in the dew claw, and all that is linked to it is a little piece of skin, this is the procedure that is often utilized. It usually costs around $30 to $70.

2.    Removal of the First and Second Phalanx Along with Dew Claw

The first and second phalanx is removed with the dew claw. In this type of surgery

This sort of surgery is often performed when your dog has a deep infection. It usually costs around $100 to $150.

3.    Removal of All Three Phalanges Along with Dew Claw

Sometimes your dog’s dew claws become diseased, injured, or wounded; they may require complete amputation, which involves the removal of all three phalanges.

This dew claw surgery involves the removal of all or part of your dog’s natural dew claws and their replacement with artificial nails made of plastic or stainless steel that do not regrow as normal nails do.

It is common practice to do this kind of surgery on canines who have been injured by their own claws, but some people select this option because of its cosmetic benefits. This surgery often costs around $150 to $250.

It doesn’t matter if you’re a first-time dog owner or not; at some point in their lives, your canine companion will probably need to have his dew claws removed. So, it’s better to do it as soon as possible (especially after two to three days of birth). Typically, the price of dew claw removal for a single puppy can range anywhere from $50 to $150.