In most cases, it is administered following the surgical removal of a pet’s eye that has been damaged due to an injury or a disease such as diabetes or malignancy. An artificial eye can support the tissue that surrounds the eye and assist tears in better cleaning the eye socket.

These benefits are in addition to the aesthetic ones. Glass was traditionally utilized in the production of prosthetic eyes; however, modern substitutes for this material include acrylic and, in certain instances, silicone.

If you don’t like the concept of your dog looking like a one-eyed pup with a hollowed eye socket, you may want to consider artificial eyes for dogs.

The following is some information you need to know concerning the use of artificial eyes in dogs.

What Pet type might be a Good Candidate for an Artificial/Prosthetic Eye?

Medical professionals exercise a great deal of caution and consideration when advising a canine patient owner to have a prosthetic eye for their pup. It is a massive shift and one that cannot be undone.

In most cases, a pup will only acquire a prosthetic eye if a doctor cannot save their natural eye or if the natural eye is causing the pup so much pain that removing the eye would enhance their quality of life.

An eye that has been impacted in such a way can frequently not see or provides a vision that is considerably impaired.

Types of Prosthetic Eyes for Canines

There are two distinct designs of artificial eyes that may be implanted in dogs. The eye socket of your dog will be filled with a sterile, dark ball known as an orbital prosthesis. Your veterinarian will sew the eyes shut over the prosthetic using sutures.

The intrascleral prosthesis is a ball that is grey in color and sterile. Your dog’s vision will not improve in any way due to using this.

Prosthetic eyes may not be an option for all dogs

Some breeds of dogs are more suited for prosthetic eye surgery than others (not all dogs are best suited for cataract surgery or prosthetic eyes due to their complex facial anatomy). It is possible for cancer to return in the eye socket after it has been removed from a dog that previously had its eye removed owing to cancer of the eye.

This is a prime example. It’s conceivable that some dogs’ eye sockets are too shallow to accommodate a prosthetic eye, but that’s not always the case.

On the other hand, prosthetic eyes are a viable option for most dogs diagnosed with severe glaucoma or another eye illness.

To have a prosthetic eye implanted in your dog, you will need to consult with a veterinary opthalmologist.

Surgical removal of an eye is a very rapid procedure that is often finished within an hour. After a surgeon has removed the tissue that is the focus of the enucleation or evisceration procedure, an implant will be placed into the resulting void left by the procedure.

The particulars are determined by the type of operation that is being performed on the patient. Enucleation involves the removal of the whole eye; thus, the muscles are sutured onto the implant that is placed in its place.

Evisceration prevents this because more material, including the sclera and any connected muscles, is left in the socket when performed.

Over the implant, a temporary conformer called a placeholder is put. This conformer fulfills two different roles in the system.

The first step is to provide support during the recovery process. The second option is to install a temporary prosthesis in the location where, in approximately two months, a more permanent one will be inserted.

Why is it necessary to do eye prosthesis surgery on a dog?

The look of your dog after surgery can be improved with the use of a prosthetic eye, but it will not enable your dog to restore his vision

There are a number of reasons why your dog could require surgical removal of an eye, including the following:

Enucleation is a surgical procedure used as a last resort to relieve the discomfort associated with various eye conditions. It is also used to prevent the spread of certain diseases, such as cancer and certain illnesses. In many cases, the eye is removed from the dog after it has already become completely blind in that particular eye. The majority of dogs recover quickly after having eye removal surgical procedures.

Can dogs use ocular prostheses to improve their vision?

After having an eye removed, it is doubtful that a pup’s eyesight will be able to be restored with today’s technology in the great majority of instances.

Although the study in this field is making progress, and it appears to be an entirely conceivable technical discovery that will be achieved in the future, it is not now possible to do so.

There is a wide range of prices available for ocular prosthetics for dogs. But the average cost can range anywhere from $3000 all the way up to $9000 in the United States. 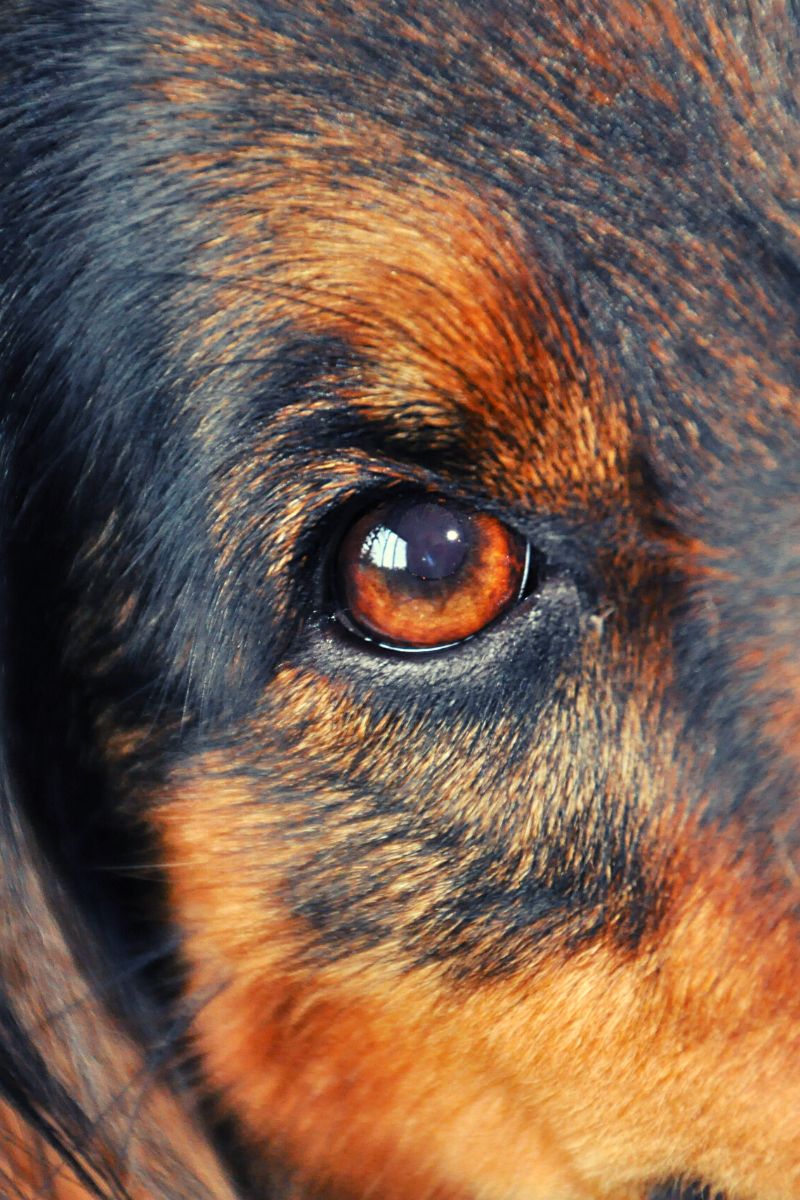