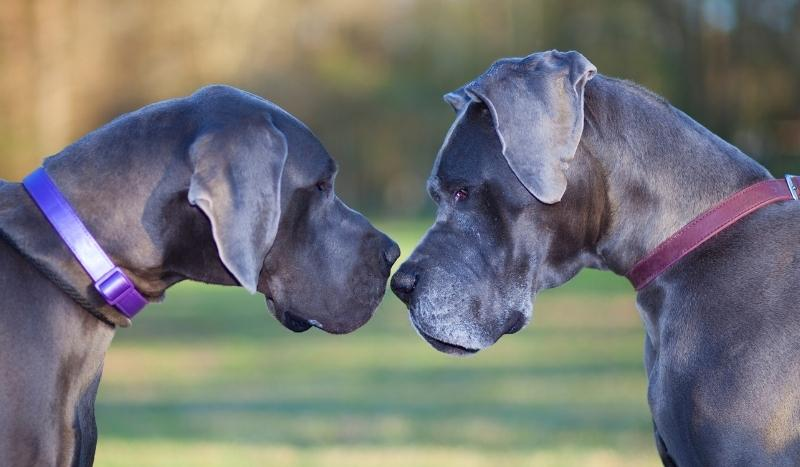 If you’re the proud owner of a Great Dane, then you know that these gentle giants come with some unique health concerns. One such concern is gastric dilatation-volvulus (GDV), a life-threatening condition that can occur when the stomach twists. Thankfully, a surgical procedure can help prevent GDV called stomach tacking. But what does stomach tacking cost? And is a stomach tack worth the expense?

Great Danes are one of the most popular dog breeds, known for their large size and gentle nature. However, they also come with some unique health concerns. One of the most common problems seen in Great Danes is GDV, commonly known as bloat, which occurs when the stomach twists around on itself. This can be a life-threatening situation, and it often requires surgery to correct.

The price of a Great Dane gastropexy procedure depends on a few factors, including the size of the dog, whether it is done as a preventative or emergency procedure, the stomach damage noted (if any), and your geographical location.

Gastric dilatation volvulus, commonly known as GDV, is a condition that can affect large breed dogs with deep, narrow chests and body walls, such as Great Danes. GDV occurs when the stomach becomes bloated with gas and then twists on itself resulting in what is known as a flipped stomach. This cuts off the blood supply and can damage many vital organs.

If left untreated, GDV can be fatal. However, surgery to correct the condition is often successful. The cost of GDV surgery will vary depending on the severity of the condition, whether it is emergency surgery, and the size of the dog, but it is typically between $1,500 and $3,000.

Symptoms and Treatment of GDV

Symptoms of GDV include bloating, restlessness, drooling, unproductive retching, and sometimes vomiting. If you suspect your dog may be suffering from GDV, it is important to seek emergency veterinary care immediately. Treatment typically involves surgery to untwist the stomach and remove any gas or fluid buildup and tacking the stomach to the abdominal cavity to prevent it from twisting again.

Without treatment, GDV has a high risk of turning fatal, as it cuts off blood supply, causes tissue damage, and causes irreversible damage to vital organs..

If you have a Great Dane, it is important to be aware of the signs of GDV and to take steps to prevent it, such as avoiding large meals and exercising directly after eating.

Why Are Great Danes Prone to GDV?

A Great Dane’s stomach, alongside other giant breed dogs, is much larger than the average dog’s stomach. This means that Great Danes have a tendency to overeat, the stomach fills before the dog realizes he is full, resulting in a bloated stomach.

Taking care to prevent your Great Dane from developing bloat

Given their large size and huge appetite, Great Danes are at an increased risk of developing GDV. If your Great Dane is an eager, fast eater, it may be best to feed small, frequent meals in lieu of large meals only a few times per day.

As long as you are sure your dog is getting all of his nutritional value, it’s OK to feed smaller meals more frequently in order to protect your dog’s stomach. If you’re unsure as to a proper feeding schedule, please consult with your veterinary care provider.

Never let your Great Dane graze (self-feed). This almost always results in overeating and stomach torsion, and it is more likely for your dog to develop GDV. Talk to your veterinary professional to determine whether you should feed your Great Dane a prescription diet.

Read More: How Much Does It Cost To Feed a Great Dane? 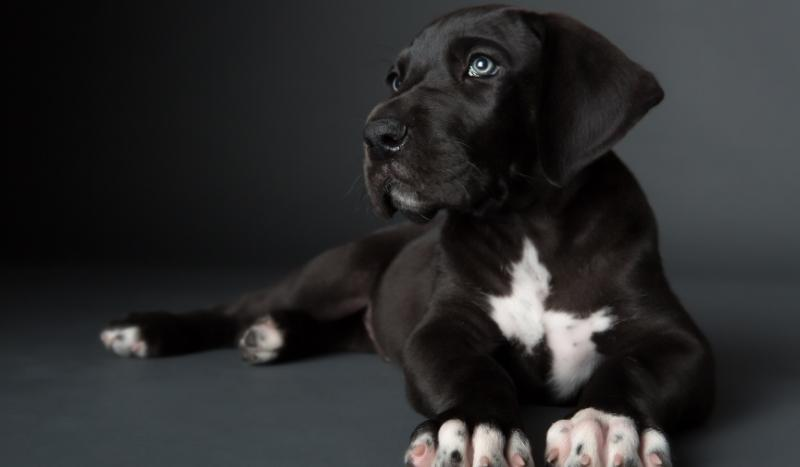 Elective stomach tacking, or prophylactic gastropexy is performed before an episode of GDV occurs as a preventative measure. It is often done at the same time as another abdominal surgery, such as a spay/neuter or a tummy tuck.

Elective stomach tacking is less invasive than an emergency gastropexy and has few complications. It is for this reason that many Great Dane owners opt to have preventative surgery performed alongside spay or neuter surgery.

Having your Great Danes stomach tacked prior as a preventative measure is definitely the preferred route to take, as treating gastric dilatation volvulus with emergency surgery is more invasive and more costly. Prophylactic gastropexy will prevent bloat and protect your dog’s abdominal wall, as well as a quicker recovery than emergency surgery.

Having a gastropexy performed alongside a sterilization procedure is the best route to take, as it lessens the number of times your dog will be under the knife.

The cost of a preventative gastropexy ranges from $500-$1,500 and is almost always less expensive than emergency surgery. It’s wise to have your dog’s stomach tacked before an emergency situation arises.

An emergency gastropexy is performed when a dog has an acute episode of Gastric Dilatation-Volvulus (GDV), also known as bloat. GDV is a life-threatening condition in which the stomach twists on itself, cutting off blood flow and trapping gas and air inside. This can cause the stomach to rupture, leading to death.

An emergency gastropexy is performed as a lifesaving measure to prevent the stomach from twisting more and further cutting off blood supply to vital organs. The situation can turn from bad to worse in mere hours.

The surgery involves attaching the stomach to the body wall to keep it in place in a normal position. It is a major surgery that involves anesthesia, involved post-operative care, pain medication, incredible discomfort for your dog, and a lot of money. Depending on how much post-operative care your dog requires, it may take some time before your dog can resume normal activity. It could potentially mean taking time off of work or hiring a dog sitter, which would further add to the cost.

Veterinary professionals recommend you opt for a preventative procedure before your Great Danes develop bloat. In fact, they recommend it for any high-risk breed or deep-chested dogs, such as German Shepherds and Basset Hounds.

Most dogs have a quicker recovery from prophylactic gastropexy than an emergency gastropexy. This is because it’s a far less invasive procedure, and damage to the gastrointestinal tract has not yet occurred.

The cost of an emergency gastropexy ranges from $1,000-$4,000, depending on the hospital and region.

Is Stomach Tacking Worth It To Prevent Bloat?

If your dog is still a puppy and has not yet been spayed or neutered, talk to your vet about doing both surgeries at once. This will protect your dog’s stomach wall, be less invasive, less costly, and prevent a potentially dire situation.

The cost of owning a Great Dane or other giant breed dogs isn’t low. The cost of tacking a Great Dane’s stomach alone can range from $500 to $4000 depending upon your geographic location, the size of the dog, and whether or not your dog has already developed GDV.

Larger dogs and dogs who have already developed GDV will be more costly to treat than smaller Great Danes or preventative gastropexies.

However, it’s well worth it to protect your furry friend’s health and well-being or to potentially save his life. Incorporating gastropexy alongside a sterilization procedure will prevent stomach damage and emergency surgery and save a bit of money.

Talk to your veterinary provider today to determine the best course of action to take with your Great Dane. A stomach tack procedure may be in your (and your dog’s) best interest if your vet recommends doing so.

You can read more about Great Dane costs in these articles:

Manage Cookie Consent
To provide the best experiences, we use technologies like cookies to store and/or access device information. Consenting to these technologies will allow us to process data such as browsing behavior or unique IDs on this site. Not consenting or withdrawing consent, may adversely affect certain features and functions.
Manage options Manage services Manage vendors Read more about these purposes
View preferences
{title} {title} {title}