How much does histoplasmosis treatment in dogs cost?

A fungal infection caused by Histoplasma capsulatum, a fungus that lives in the soil is the main cause of histoplasmosis infection in dogs and cats, but it is not found in humans.

How do dogs get sick with histoplasmosis?

As with every fungus, Histoplasma likes warm and moist environments, which is why it usually hides in the feces and in the soil. The most common places that this fungus is found in the United States are Missouri and Mississippi.

Dogs can get this fungus either through breathing, when they inhale it, or through the mouth. When inhaled, the fungus travels to the lower respiratory tract where it sets itself and starts to multiply. When ingested, it travels to the intestines, causing illness.

From here, spores are known to enter the bloodstream and travel throughout the body, and cause systemic disease. After that, it could be found in the lymph nodes, blood marrow, liver, spleen, or skin.

What are the clinical signs of dogs with histoplasmosis?

How is histoplasmosis in dogs diagnosed?

Whenever you live in an area that is known to be the home of this fungus, when you visit the vet and you tell him that your dog has some of the symptoms written above, they will become suspicious regarding this disease. However, these symptoms are very nonspecific, which is why your vet will probably draw out blood, do some x-rays and run additional tests, as needed.

In order for your vet to confirm the presence of the fungus, he may need to take some samples and do cytology and histopathology. This is usually done by a pathologist after your vet will collect the sample.

Another way to diagnose is by detecting parts of the fungus in your dog’s stool, so sometimes your vet may ask you to collect a sample after your dog has pooped. This way the laboratory can try and isolate the fungus itself.

Can histoplasmosis in dogs be treated and how?

Yes, this condition is relatively easy to treat, once the diagnosis has been confirmed. Your vet will prescribe a drug called an antifungal drug and nowadays there are several commercial drugs that are available on the market.

However, not all dogs will survive. Dogs that are with a weaker immune system or are immunocompromised for whatever reason, may not be able to fight off the infection.

A dog owner may need to pay between $500 and $2500 for the examination and diagnostics, as well as the treatment of histoplasmosis. 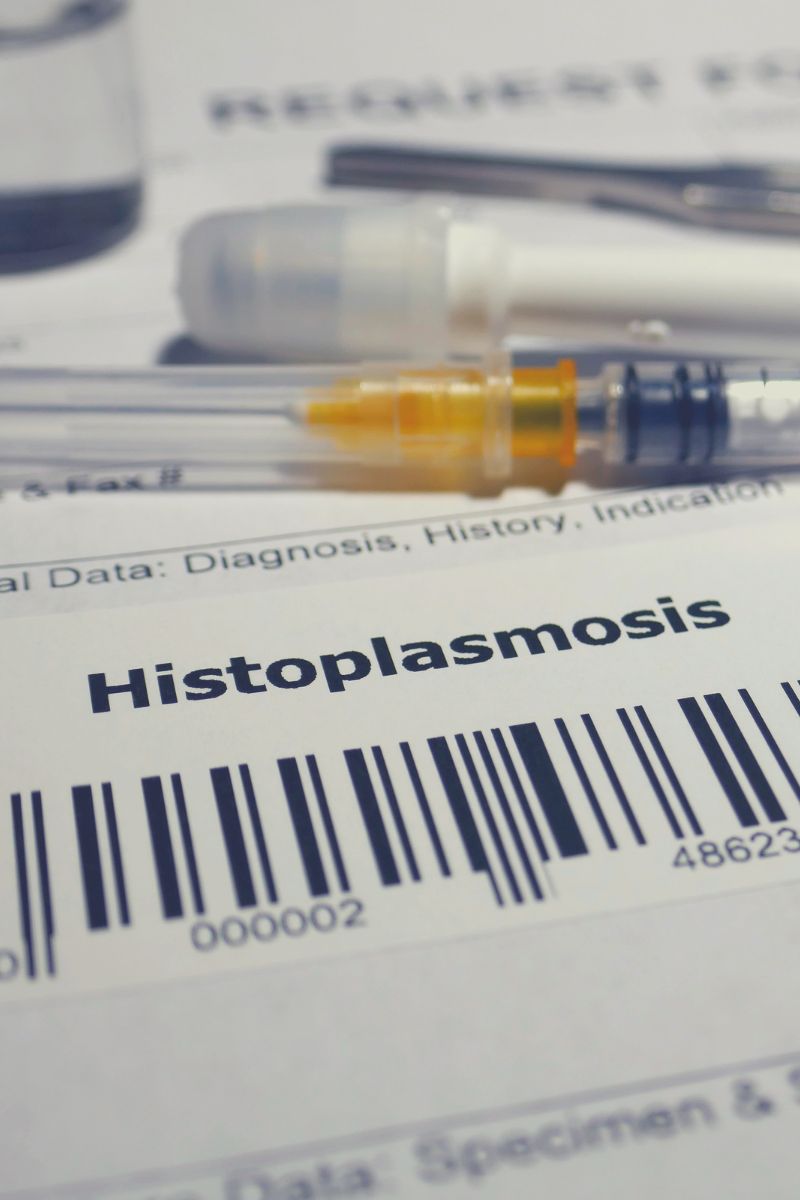