How much does it cost to sedate a dog for nail trimming? 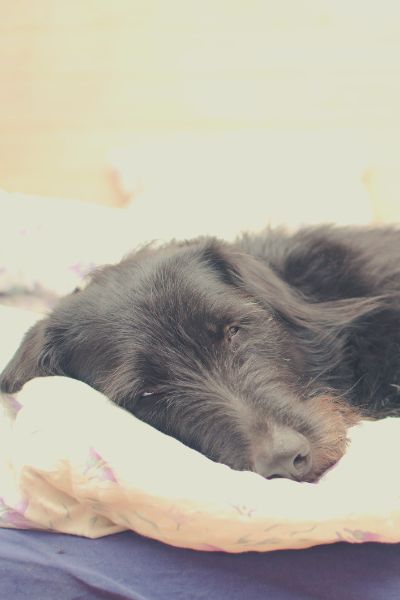 Excited, agitated, or aggressive dogs may make it difficult for you and your veterinarian to do nail clipping.

In such a scenario, sedation is the most effective course of action that may be taken. If you sedate your dog before beginning the process of clipping his nails, your dog will be more relaxed, and the procedure of trimming his nails will be simpler for both of you. This raises an important question: how much does it cost to sedate a dog for nail trimming?

The cost of sedating a dog while nail trimming is anywhere from $40 to $70, depending on the breed, size, age, and weight.

The dog’s breed and personality assist the veterinarian in choosing the appropriate drug to provide if the dog requires anesthesia/sedation. Melatonin and Benadryl are two medications recommended for usage by most veterinarians in case of nail trimming.

Even though the primary function of these medications is to treat allergic responses in canines, they are also quite effective when used to calm and relax dogs. Although they do not come with regulatory approval, they are safe enough to be sold over the counter and can be purchased without a prescription. It would help if you reconsidered buying the pills to sedate the dog on your own because your veterinarian is the only one who can establish the appropriate dosage for the medication. If you provide a large dose, you will need to cope with side effects, some of which might not go as well as planned.

Are There Certain Dog Breeds for whom Anesthesia Cost is More than the Average Dog while Nail Trimming?

Yes, large, giant, heavy, and aggressive breeds cost anesthesia, while nail trimming will be more than the average dog. It is because it is challenging to handle these large dogs. Also, they need more anesthetic medicine according to their body-to-mass ratio, which also costs more.  For example, the cost of trimming the nails of a huge, hostile Great Pyrenees will be far more than that of a calm pit bull, not just because the Pyrenees will have more toenails that need to be trimmed but also because the size and aggressiveness of the dog will make it much more challenging to handle.

Sedation may be recommended or required as a standard practice in certain circumstances. However, it’s not as typical as you may expect.

In severe situations, if the dog threatens itself and the groomer, veterinarians may frequently advise their patients to be sedated.

It is common for dogs to have difficulty trimming their nails if they have inadequate training and have not been well socialized.  Teaching your dog to be quiet while having his or her nails trimmed will take some time. However, in the meanwhile, you should find a way to trim your dog’s nails, and sedation is the best possible solution available.

Dogs who do not appreciate being touched are more likely to become highly aggressive and even dangerous. It’s a recipe for catastrophe if you or your vet throw in some noisy trimmers or sharp equipment into the mix as well.  In the meanwhile, your dog runs the risk of injuring itself while attempting to escape.

When this occurs, veterinarians will typically suggest administering anesthesia. It’s not always an option, but sometimes it’s the only one.

Why Is It Necessary to Cut a Dog’s Nails?

Nail trims are a vital component in maintaining the health of almost every dog. Dogs used to spend more time outside on more rugged terrain (in the past). They would climb the steep slopes and race through the dirt and gravel terrain. In spite of its appearance, hard terrain was really good for a dog’s claws. It would work like a natural nail file and help maintain the appropriate length of the nails.

However, nowadays, the vast majority of dogs spend just a tiny percentage of their time rushing over rough surfaces; thus, their nails do not naturally wear down this way. Even if going for a walk will be of some assistance, it will not be enough to get the nails up to the desired length. Most dogs, like most humans, need to get their nails trimmed regularly, so they don’t get too long.

Because dogs cannot wear down their own nails, dogs require regular nail trims to maintain good health and avoid injury. Their nails should be kept short since they pose a health risk. In addition, nails that are too long have the ability to harm surfaces such as floors and sofas and even their own pet parents!

Most dogs won’t need to be sedated for their nail trims! However, there are instances when the dog and the crew would benefit from the sedated dogs. Sedation is beneficial in lowering the overall risk of damage for dogs who are very hostile or agitated. It will also make the procedure more enjoyable for your dog, and they will have less anxiety about having their nails trimmed in the future.

It is essential that you be aware that sedation can result in some costs (usually between $40 to $70), and these fees might fluctuate greatly between various veterinary institutions.