How much does it cost to ship dog sperm? 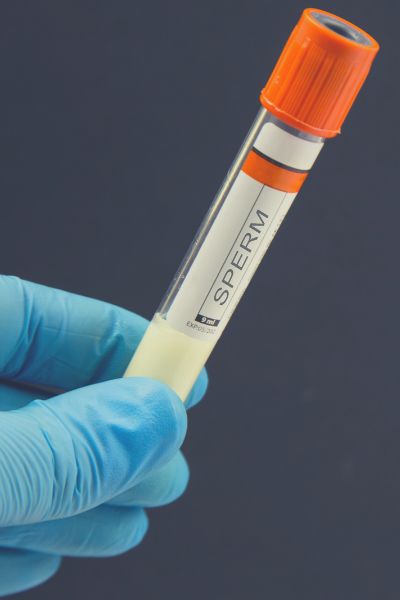 Breeding dogs used to be a tricky situation unless you lived near some premium stud dogs that were of the same breed as your bitch. However, thanks to the miracle of modern science, artificial insemination has meant you can choose a stud from pretty much anywhere in the world! While this option can be a little costly, it can result in some beautiful puppies highlighting the exact traits you wanted to pass down to the next generation.

Of course, artificial insemination means you need to purchase sperm from a stud dog but how will you get it to your bitch? How much does it cost to ship dog sperm and what are the added costs to consider when doing so?

The cost of the initial collection

The cost of the initial semen collection will often be covered by the owner of the stud dog since they will be selling the semen for profit which will be enough to cover this cost and more.

The initial semen collection cost is usually around $150 depending on which state you live in. The cost of the collection can sound expensive but if you have already looked into the cost of purchasing the semen you will know if it will be easily covered by the stud fee of a decent stud dog.

This is pretty incredible! Dog sperm can stay frozen for an indefinite amount of time. This means if you are lucky enough to have the facilities at home to freeze dog sperm then you can purchase an extra amount when you have the financial ability and then freeze it for later use. The frozen sperm of some stud dogs are also sometimes available to use after that dog has passed away which can often push up the price considerably!

See also  How Much Is Surgery For A Pregnant Dog?

How is dog sperm shipped?

The dog sperm that is collected will be placed inside a tube which will be labeled with the owner’s name, the dog’s name, the dog’s breed, the date of collection, and the dog’s AKC number. The tube will then be sealed and securely packaged in a box, usually made from a styrofoam material, and surrounded by ice packs to keep it frozen. This box will then be given to a specialist courier service which will deliver the sperm to its final destination as quickly as possible.

How much does it cost to ship dog sperm within the US?

The cost of shipping dog sperm in the US varies a little depending on the distance however it is usually between $200 and $500. The cost of shipping dog sperm is pretty expensive due to the nature of the delivery itself. The sperm must be delivered quickly so it stays frozen and the ice packs do not melt but it also cannot be contaminated in any way. The smallest disruption to the sample could make it completely useless to the purchaser and multiple failed pregnancies from the same stud dog can harm its reproductive reputation.