Merle Pitbull Price & Cost – All you need to know

The Merle coat color is one of the most distinctive patterns found in the world of canines. These speckled canines are easily distinguishable from all the other variations.

Here is a breakdown of the price and costs to expect to pay to take care of a Merle Pitbull dog.

If you wish to know more about the costs related to the Merle Pitbull, keep reading. 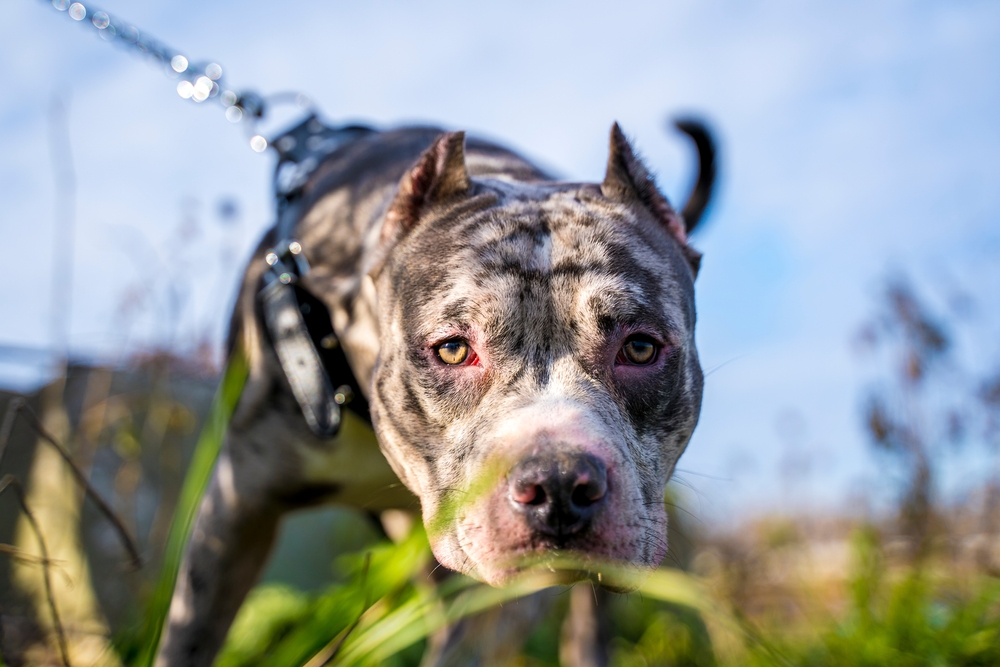 The term “merle” refers to a genetic feature that manifests itself on the dog’s fur as contrasting areas of darker color against lighter color areas.

Because of this, the look of a merle Pitbull is rather stunning, which increases their demand due to their uniqueness.

Generally, the word pitbull is used to refer to five different breeds of dogs:

All of these breeds can have a merle coat color pattern, but the most unique and high-demand dog is merle color American Pit Bull Terrier.

Let’s move on and discuss the price of the American Pit Bull Terrier.

The initial expense of owning a Merle Pitbull might be anywhere from $13,000 to $17,000 for the first year (including Merle Pitbull’s capital cost).

Following the first year, the price may decrease to range between $2,000 and $3,000 for each succeeding year.

“If you wish to know more about the price of a regular Pit Bull go read this article.”

How Much Does a Merle Pitbull Puppy Cost – Average Cost Table

Here’s what a Merle Pitbull dog costs on average:

Adoption is another option to get these dogs in a very low-price range. But, in reality, a healthy Merle Pitbull is tough to find in shelters, and even if you find one, there is an excellent chance that the dog will be sick or aged. Buying them from a reputable breeder is only a better option.

The following factors affect the price of Merle Pitbull puppies: 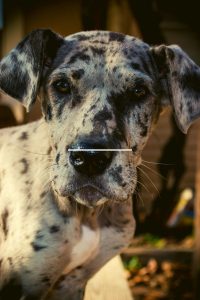 The most common variety of merle Pitbull is referred to as the blue merle variety. They are the product of a merle gene interacting with a gene responsible for the black coat color.

These canines will have white markings and spots of black color scattered throughout their blue foundation coats. The color of the blue can range from extremely light, almost silvery tones to much deeper, nearly blackish tones. The dogs usually cost around $10000 to $12000. 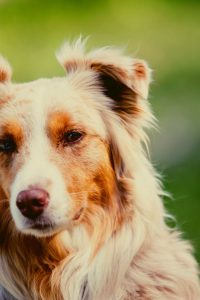 When it comes to the dispersion of their patterns, red merles are pretty similar to blue merles. On the other hand, their colors will range anywhere from white to the liver.

Dogs with the liver coat color and the merle gene are referred to as red merles. This indicates that they have twofold dilution, which results in their being far rarer than blue merles, making them somewhat pricey then Blue Merle Pitbull. Their average cost is between $12000 to $15000. 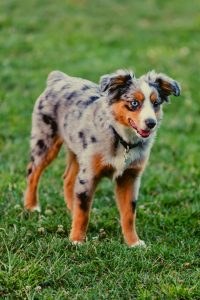 In general, all merle Pitbulls are tri-colored. When a dog has merle coloring, it means that it has three distinct coat colors.

Nevertheless, tri-merle Pitbulls do occur, even though they are quite rare.

These canines have not three but rather four different colors spread throughout their coats. In addition to the two conventional merle colors, their coats will typically contain tan markings that are irregular in appearance. These dogs normally cost more than $15000.

There is a possibility that a puppy’s pedigree will impact the cost of the dog.

Breeders with a good reputation

The reputation of the breeder might have an effect on the price of a specific dog breed. A well-respected breeder is more likely to produce puppies who are in good health.

A good sign of future health and vigor is the physical and mental state of a puppy whose parents are fit and active. First and foremost, a reputable breeder will provide a health guarantee for their puppies and may even allow you to get your money back if your new dog gets sick during the first year.

Pitbulls are high-energy, large-muscled dog breeds that come in a variety of sizes. For example, their eating habits will be very unlike those of toy breeds or low-energy breeds. You need to have a plan for the nutrition of your bullies beginning from the time they are pups.

Not only can feeding your puppy, Pitbull, a nutritious meal rich in nutrients make them stronger, but it also protects them against the frequent health problems experienced by dogs fed an unhealthy diet.

The weight of an adult Merle Pitbull may range anywhere from 35 to 60 pounds on average. Therefore, you need to ensure that they consume food that is suitable for their size. Generally, feeding your Merle Pitbull would cost around $40 to $60. You can select between a homemade or commercial diet for your pup. But remember, the nutritional level in any diet must fulfill your pup’s needs.

Due to their aggressive nature and protective nature, they make excellent guard dogs. If you don’t want your Merle Pitbull to have aggressive tendencies, then early training and counseling are really necessary.

However, personalized training such as bonding, crate training, and basic training can cost as much as $400 to $500 for these dogs. The cost of group training for these dogs is only $100.

You might also teach your pet by using free resources available online and the advice of friends, family, and acquaintances to save costs and money.

The cost of the vaccination for your dog might range anywhere from zero dollars to several hundred dollars, depending on how old he is and what diseases or diseases you want to protect him from.

Rabies, distemper, commonly joined, hepatitis B and C, parvovirus, and adenovirus are among the illnesses that may be prevented in dogs with vaccination. The majority of states mandate this preventative measure. A single dosage will often set you back more than one hundred dollars.

Every three to five years, you should have a booster injection in order to maintain the efficacy of your rabies and DHPP vaccines. When a dog is four months old and eligible to receive its DHPP and rabies vaccinations, it is a far better financial decision to vaccinate it against illnesses such as distemper and rabies. This is because, at this age, the vaccines are much more likely to be successful. Typically, you should expect to spend between $15 and $20 on a shot.

The cost of Merle Pitbull dog insurance is based on a variety of factors, including the age of the pet, the health status etc.

The regular expense of Merle Pitbull insurance for a dog may run anywhere from $22 to $50 each month on average.

The Most Important Takeaways: How Much Does a Merle Pitbull Cost?

Having a Merle Pitbull will have consequences on one’s finances. So here we decide these costs into sections for your ease.

The price range for Merle Pitbulls is from $10000 to $15000; however, adoption fees are significantly lower. But these canines are seldom found in shelters (as discussed above)

The initial expenditures include the cost of a kennel, collar, bowls, and leash, as well as vaccinations.

The Merle Pitbull terrier is an expensive pet. Monthly costs generally include food costs, veterinarian costs, and insurance costs. It’s possible that a month’s supply of high-quality dog food may set you back $100 or more. Therefore, you need to put aside $250 to $300 per month to have enough money to buy food for your dog.

The yearly cost of caring for a Merle Pitbull may exceed $2000. This estimate also takes into account some occasional costs like transportation and grooming (other than normal monthly costs).

The average lifetime of a Merle Pitbull is 12-14 years, which means that the cost of its maintenance should be between $34,000 and $37,000. In addition, the total amount of money you spend on your pup over the course of his or her life will vary based on several different circumstances, such as your location, the state of your dog’s health is in, and the level of care you choose to give to your canine friend.

We really hope that this information assists you in deciding on buying a Merle Pitbull. 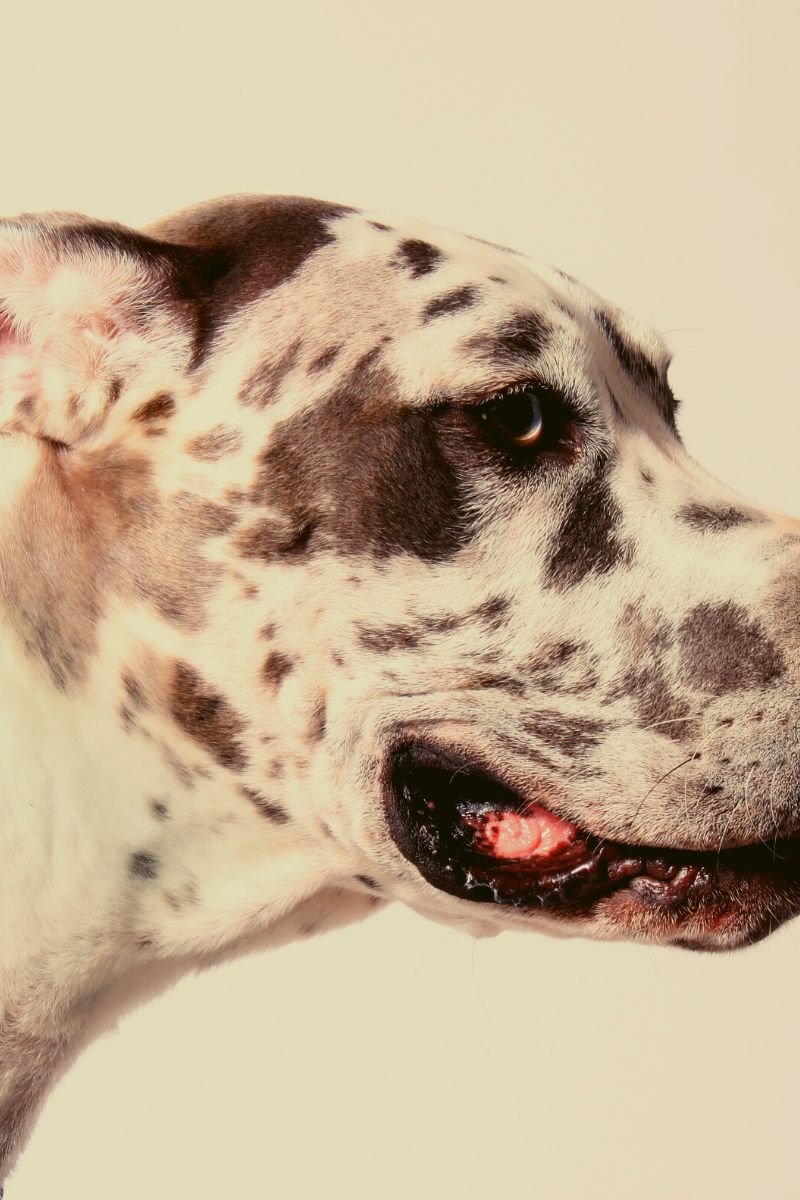