Cute and cuddly, the french bulldog is one of the most desirable dog breeds at the moment with social media full of cup snaps of these adorable pups being super sweet.

They are difficult to breed successfully, have a complicated relationship with the AKC, and are super popular which means these pups come with a pretty hefty price tag! let’s see what the price of the most expensive french bulldog was and why!

Resembling a regular bulldog just in miniature form, the french bulldog is an excellent family pet.

They have a fantastic temperament and are very cuddly dogs who will love to follow their family around their home like a little shadow.

They require very small amounts of exercise so are perfect dogs for apartment owners and city living.

These pups are classed as companion dogs or toy dogs and were originally bred in Paris in the mid-nineteenth century.

The first french bulldogs were bred from toy bulldogs imported from England and the rat-catching dogs already living in France.

They were first bred to be conversation starters in Parisian brothels but quickly became popular outside of the brothels due to their sweet disposition and adorable appearance.

Why are French bulldogs so hard to breed?

Due to the anatomy of a french bulldog, they must be artificially inseminated to achieve a successful pregnancy.

In about 80% of cases, the female will also have to deliver the puppies via c-section as french bulldog pregnancies are considered to be high-risk.

Only fawn, pied, and brindle french bulldogs are able to be registered with the AKC which limits your choice when trying to find AKC-approved breeders.

The other color variations of french bulldogs can be pretty rare, especially colors like isabella, lilac, or the fluffy and hairless french bulldogs!

The difficulty in breeding french bulldogs and the rarity of some of the color variations are what make these little dogs so expensive.

Other costs of owning a french bulldog

Expensive to breed and expensive to buy but surely there can’t be that many other costs associated with such a small dog?

Well, if your pup gets one of the many genetic conditions that french bulldogs are prone to then you might be looking at some pretty hefty vets bills.

While some of these issues are easily manageable, others can become incredibly expensive very quickly.

What is the most expensive french bulldog price?

The most expensive french bulldog puppy ever purchased was a tiny male called Micro. Micro cost $100,000 because of his blue coat and orange eyes which is an incredibly unusual combination!

The top ten most expensive color variations of french bulldogs are:

The rarest coat and color variations require incredibly complex genetic testing to be carried out for both parents which can cost up to $200. This is why you will see specific gene carriers advertised for much more money than you would expect since in french bulldogs breeding the right set of genes can mean a very expensive litter of puppies being born!

However, it doesn’t matter how much you have paid for your pup, if it isn’t brindle, fawn, or pied it will not be accepted into the AKC!

Color counts a lot when looking at the price of a french bulldog puppy but did you know that some bloodlines are more popular than others which results in the price of pups from those genetics being insanely high?

The Grinch line from California is a great example of how the price of french bulldogs can skyrocket depending on their relatives.

Grinch Frenchies are known for being a little chunkier than the average french bulldog and even more like a regular bulldog just tiny than other Frenchie lines.

These pups are insanely popular and sometimes the waitlist for a Grinch french bulldog puppy can be over two years long!

Do you have a passion for Frenchies or do you just want to know more about french bulldogs before you commit to buying one? Check out our article on the cost to own a french bulldog! 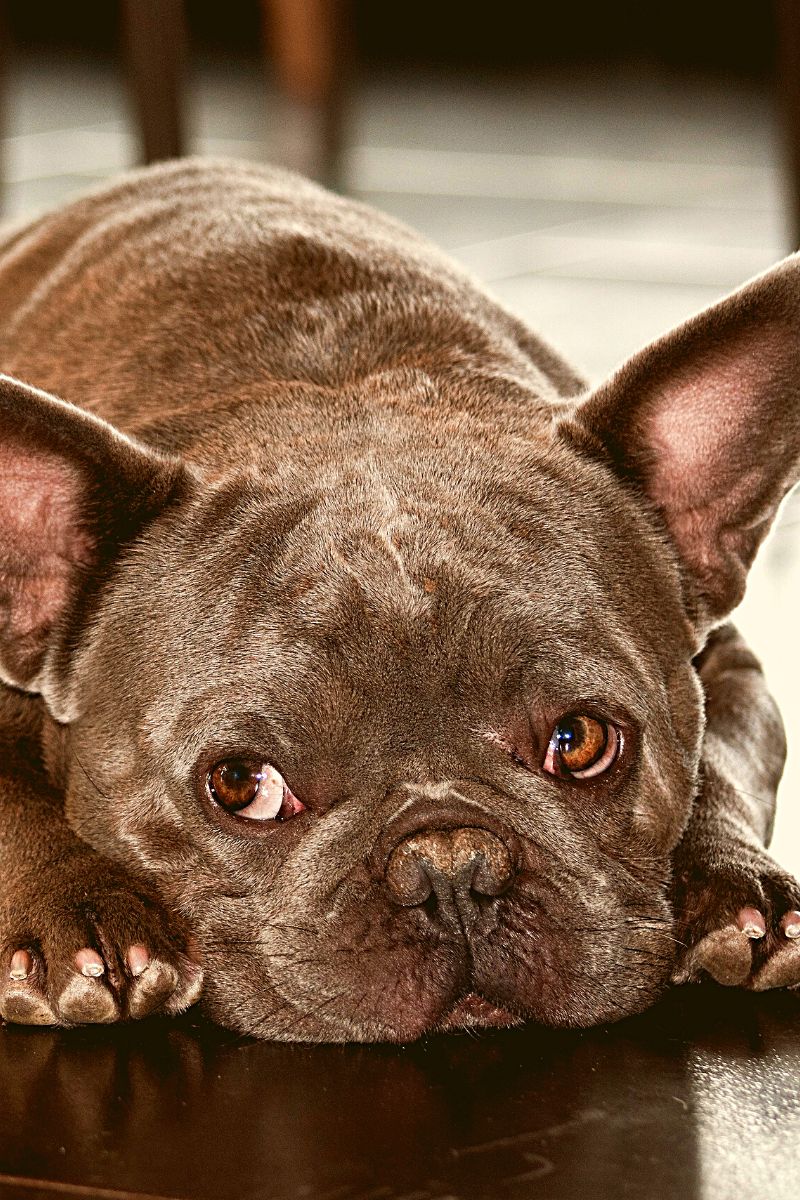