Price of a Teacup Puppy – For Small Breed Lovers 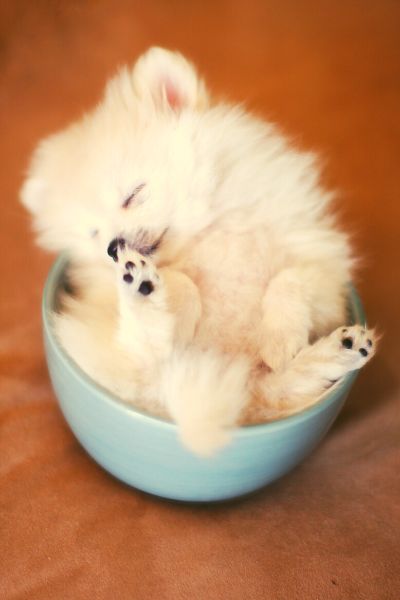 Teacup puppies are undeniably adorable, but before you rush out to buy one, it’s important to understand the costs involved. In this article, we’ll take a look at the typical price range for teacup puppies and what factors can affect that price. So whether you’re in the market for a new furry friend or just doing your research, read on for all you need to know about teacup puppy prices!

Average Price of a Teacup Puppy

On average, you can expect to pay $3,000 for your teacup puppy, though a huge amount of variation exists depending on the breed of teacup dog and the breeder.

There are a number of different teacup dog breeds that you may be interested in. Each different breed has its own distinct personality and traits, so it’s best to do a bit of research before deciding which type of teacup puppy will be best suited for your family.

In addition to the aforementioned teacup breeds, you can also find teacup variations of common mixed breed dogs, including Pomskies, Maltipoos, Cavoodles, or Morkies.

When researching the price of teacup puppies, you will find a great amount of variation among the different breeds. Teacup Chihuahuas tend to be on the lower end of the spectrum, with a price as low as $500.

On the other hand, teacup Yorkie puppies and teacup French Bulldogs tend to garner the highest price tags – you could spend upwards of $8,000 for one of these puppies from a reputable breeder! 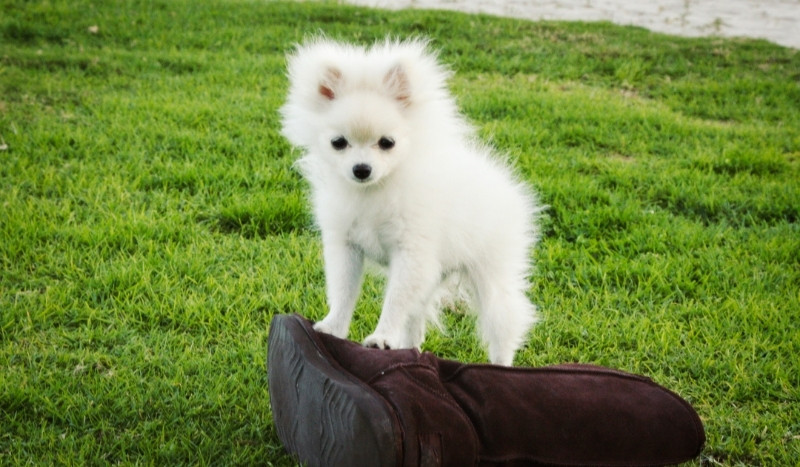 Factors That Affect the Price of a Teacup Puppy

As we’ve just mentioned, the breed of toy dog you opt for is going to be one of the most important factors in determining how much your teacup puppy costs. As a teacup puppy isn’t a breed in itself, you will find a great deal of variation in price among the different teacup breeds.

The breeder you choose will be the next most determining factor in how much your teacup puppy costs. The type of facility where the puppies are raised, the care they receive, and the reputation of the breeder all contribute to the price.

A reputable breeder will charge more for their puppies because they have overhead costs associated with running a professional operation. These costs can include: maintaining a clean and healthy environment for the puppies, providing them with high-quality food and veterinary care, and paying staff to care for them.

In addition, good breeders invest a lot of time and money into researching pedigrees and selecting only the healthiest dogs to breed. This ensures that their puppies will be free of genetic defects and illnesses. All of these factors add up to make a teacup puppy from a reputable breeder more expensive than one from a less well-known source.

That said, it is important to remember that you get what you pay for. A cheap teacup puppy from a questionable breeder is likely to have health and behavior problems down the road. It is worth spending the extra money on a puppy from a reputable source to ensure that you are getting a healthy, well-adjusted pet.

Many breeders will also have a waiting list for their puppies, which can also impact the price. Those who are willing to pay more may be able to get their pup sooner than those who are not.

One important factor that will affect the cost of your teacup puppy is the age of the dog. Puppies that are younger will typically be more expensive than older dogs. This is because puppies are in high demand and breeders know that they can charge more for them.

Older dogs, on the other hand, are not as popular and so they are usually less expensive.

Puppies born in certain areas of the country, or even in different parts of the world, can cost more or less than others. For example, teacup puppies born in New York City are typically going to be more expensive than those born in rural areas. This is because there is more demand for teacup puppies in urban areas and breeders can charge more for them.

Additionally, shipping costs can also impact the price of a teacup puppy. If a breeder is located far from where you live, they may charge more for shipping the puppy to you.

Monthly Costs of a Teacup Puppy 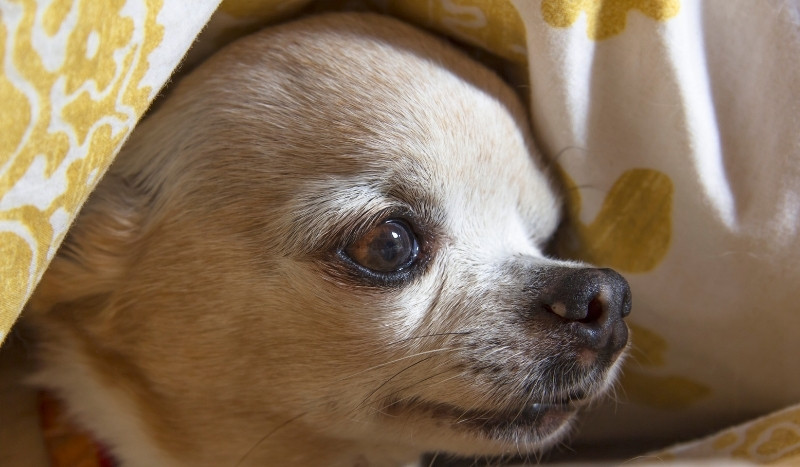 As with any size or breed of dog, the amount that a teacup dog eats will vary based on several factors, including the individual dog’s age, activity level, and overall health. In general, however, most teacup dogs will eat about 1/4 to 1/2 cup of food per day, divided into two meals.

The cost of feeding a teacup dog breed will vary depending on the type of food you choose and the size of your dog. A good quality dry kibble that is tailored for tiny dogs will cost around $30 per month. If you opt for wet food, which is often more expensive, you can expect to spend closer to $50 per month. Of course, these are just estimates – your actual costs may be higher or lower depending on your pet’s specific dietary needs.

The cost of medical care for a teacup dog can vary depending on the breed and size of the dog. Because they are micro dogs and are often bred by irresponsible breeders, they may be more susceptible to health problems that require special treatment. Overall, the monthly medical costs for a teacup dog can range from $50 to $200 which includes routine veterinary visits.

The monthly training costs of a teacup dog can vary depending on the specific needs of the dog and the training methods used. However, on average, expect to spend around $50-$100 per month on training for your teacup dog while your dog is in training. This cost includes things like obedience classes, private lessons, and any necessary equipment or supplies.

In general, teacup dogs are very intelligent and can learn new tricks easily with the right training. With a little bit of patience and commitment, you should be able to train your teacup dog relatively easily and without breaking the bank. 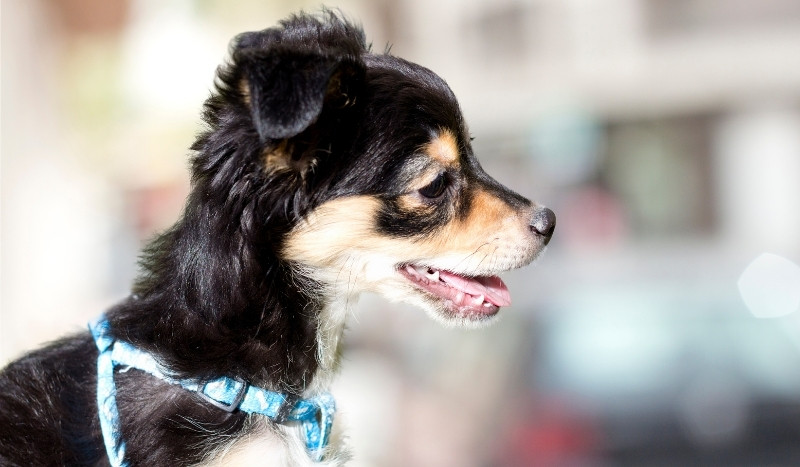 Teacup puppies typically weigh between 2 and 4 pounds when fully grown, and they are usually no more than 8 inches tall at the shoulder. Because of their small size, these tiny puppies require special care and attention. They are also more prone to health problems than larger breeds, which can add to the cost of ownership.

What is the Cheapest Teacup Puppy?

There is no definitive answer to this question as the price of teacup puppies can vary significantly depending on a number of factors, including the breeder, the specific breed and the individual puppy’s markings and personality. However, some of the cheaper breeds of teacup puppies include the Teacup Beagle, Teacup Chihuahua and Teacup Pug. That being said, even within these breeds there can be a great deal of variation in price, so it is always important to do your research before making a purchase.

The lifespan of a teacup dog breed can vary depending on the specific type of dog. Generally speaking, teacup breeds tend to have shorter lifespans than their larger counterparts.

Teacup puppies live, on average, between 6 and 12 years. However, some teacup breeds have been known to live up to 15 years or more with proper care.

There are several factors that can impact the lifespan of a teacup dog breed, including genetics, diet, exercise, and general care. Teacup breeds are particularly susceptible to health problems due to their small size, so it’s important to make sure they receive regular veterinary checkups and are fed a nutritious diet.

What is the Lifetime Price of Owning a Teacup Puppy?

When it comes to owning a teacup puppy, there are several factors that will affect the overall cost over the course of the dog’s lifetime. The breed, initial cost of your teacup pup, and pre-existing medical conditions will greatly affect the lifetime cost.

Ultimately, the lifetime price of owning a teacup puppy will vary depending on a number of factors. However, on average, you can expect to pay around $20,000 over the course of your dog’s life.

As with any dog, the cost of medical care for a teacup dog will vary depending on the individual dog’s health and any underlying conditions that may require treatment. In general, however, teacup dogs are more prone to health problems than other dogs due to their small size. This means that medical costs for teacup dogs are often higher than for other dogs.

Some of the most common health problems seen in teacups include collapsing trachea, liver shunts, dental and gum issues, heart defects, digestive issues (including hemorrhagic gastroenteritis), respiratory problems, and other health problems. These conditions can be expensive to treat and may require ongoing care. For this reason, it is important to consider the potential medical costs when deciding whether or not to get a teacup dog.

What Teacup Breeds Require the Least Amount of Maintenance?

A teacup breed that has short hair and minimal predisposition to health issues will be the most low maintenance. This usually includes Teacup Poodle or Teacup Chihuahua.

Dogs with longer hair require a lot of brushing or are already prone to health problems regardless of their teacup size usually require more maintenance. This includes Teacup Maltese, Teacup French Bulldog, and Teacup Yorkshire Terrier.

Summing Up: How Much Does a Teacup Puppy Cost? 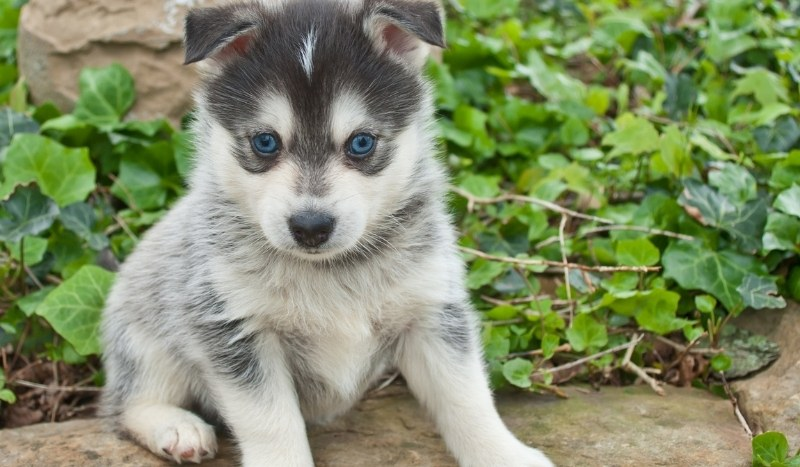