Rescue Dog Adoption Costs In the US 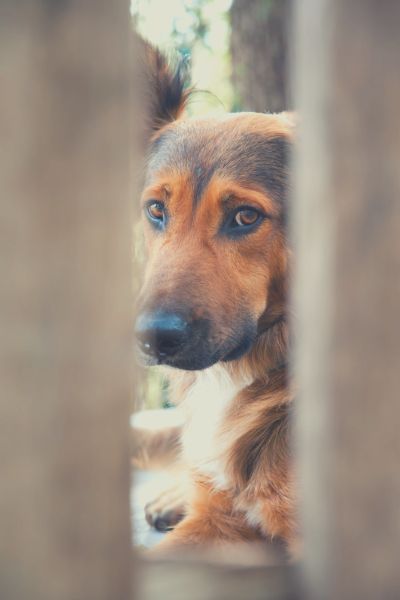 There are a lot of great reasons to adopt a rescue dog. They’re often already house-trained and know how to behave politely in social situations. Plus, adopting a dog from a rescue organization is a great way to make room for another animal in need at a shelter. But one of the most common questions people ask before they rescue is “How Much Does It Cost?”

In this post, we’ll break down the cost of adopting a rescue dog by examining fees charged by different organizations and highlighting some of the associated costs you may not have considered. By the end of this post, you’ll have a good idea of what it costs to bring home your new furry friend!

Do You Pay for a Rescue Dog?

In the United States, if you are adopting a rescue dog, you will likely have to pay for it. This is mainly due to the fact that most rescue organizations and shelters are not-for-profit entities and they still have costs to keep the facilities up and running.

These costs include things such as food and supplies for the animals, and medical treatments (usually initial core vaccines, parasite treatment, and spaying or neutering). There may be other miscellaneous costs also associated with rescue organizations as well depending on what else they do or if they care for other animals as well.

Because of the huge initiative in the United States to spay and neuter your pets, you don’t see so many instances of street dogs in the country as you do abroad. In countries besides the United States, you can usually find a dog to adopt for free (though, you’ll usually find it on the side of the road versus at a shelter).

How Much Does it Cost to Adopt a Rescue Dog? 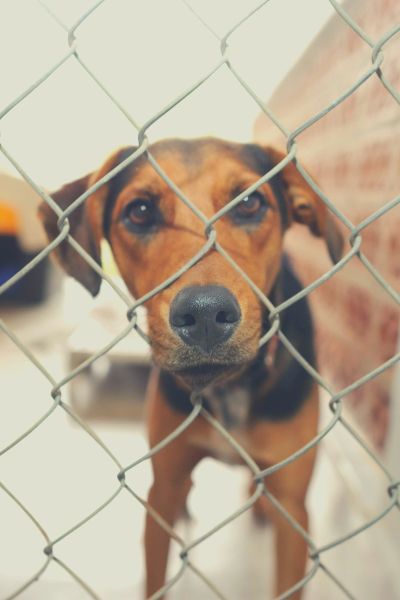 Rescue dog adoption fees are usually dependent on the geographic location of the rescue agency or shelter you plan to adopt from. Typically, fees are much lower in states with a lower cost of living. For example, you’ll pay much more for a rescue dog in Rhode Island than you would in Oklahoma.

This is due largely in part to the fact that the cost of keeping the shelter or rescue group up and running is higher in states with higher costs of living.

In states with a lower cost of living, you can expect to pay between $50 and $200 for your adoption fees.

In states with a higher cost of living, you can expect to pay between $200 and $500 in adoption fees.

What Does the Rescue Dog Adoption Fee Cover?

Adoption fees for rescue dogs typically include the following:

Most local shelters do not permit animals to be adopted without first having them sterilized, so you won’t have to worry about paying for your dog to be spayed or neutered after you adopt them.

Most shelters also provide routine vaccinations that your dog is required to have in accordance with their age. Puppies may have fewer vaccines than adult rescue dogs if they are not yet at an age to receive said vaccinations.

The total amount of money spent on vaccines would depend on the dog’s age. If you adopt a dog that is approximately 1 year old, you can expect to have saved about $170 on first-year vaccines.

Most rescue dogs have been de-wormed and given flea & tick treatment prior to adoption. It is up to you, the owner, to keep up with your dog’s parasite prevention throughout its life.

Puppies should be dewormed every 2 weeks until they are 12 weeks old since they can get worms from their mother. Each dose is, on average, $20, totaling $120 for the preliminary worm treatment.

Other Expenses to Consider When Adopting a Rescue Dog 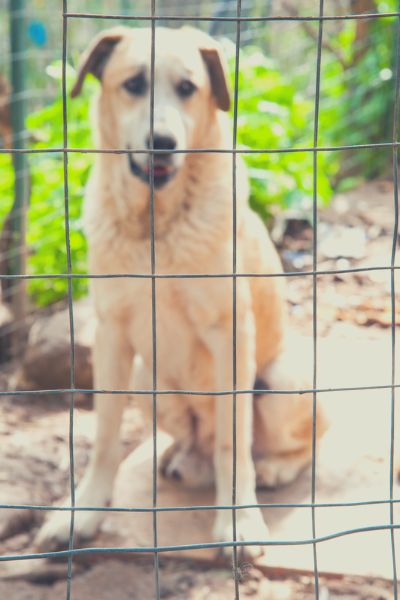 In addition to the actual adoption fee, you’ll want to factor in the ongoing costs that are associated with dog ownership. While rescuing a dog may be a cheaper option than buying from a breeder, before adopting a pet from a shelter or rescue group, you’ll want to ensure that you can provide for it financially.

You will need plenty of supplies for your new fur baby, including:

Try to pick up these supplies prior to bringing your new pet home from the shelter. You’ll be able to give your new dog a refreshing bowl of water, a heaping plate of food, and some exciting new toys as a nice welcome to your home!

Although your dog’s preliminary veterinary care will likely be taken care of by the shelter or rescue organization, you’ll want to schedule a vet visit with your own veterinarian. Have your vet double-check for parasites and ensure that all vaccines are up-to-date. Your vet will also likely perform a standard wellness exam, so you’ll need to take these veterinary costs into account as well.

Although many rescue dogs have already had some level of basic training (including potty training and basic obedience), there are a few other considerations to factor in with regard to your new pup’s temperament.

See also  How much does it cost to adopt a dog (in the US)?

Sadly, in many cases, rescue dogs came from abusive situations or from circumstances that we may never fully know. This can result in the need for a behaviorist or other dog training specialist who can help acclimate your new pet to your home.

If the rescue dog is a puppy, you may still need some basic potty training or obedience training as well.

Regardless of how much fur your new dog has, chances are, you’ll want to have him professionally groomed upon bringing him to your home. Giving your pup a bath at home is always an option as well, though some dog breeds may require a little extra TLC.

Depending on your own schedule and the energy needs of the dog you adopt, you may need to hire a dog walker. How often your dog needs to be walked depends on his size, breed, and how much yard space you have.

Deciding whether or not you want to invest in pet insurance is your personal decision. One of the benefits of getting a dog from a shelter in lieu of a breeder is that purebred dogs typically have more health problems than mutts (and mutts are much more prevalent in shelters).

Still, you never know when a medical emergency might arise or your dog might develop chronic illnesses, so pet insurance is an option that many dog owners invest in to make medical care costs more manageable.

Why Do Rescue Dogs Cost So Much?

As we mentioned above, rescue dogs are not free because it costs money to keep the facilities up and running. These shelters keep stray dogs off the streets, fed, and out of the cold and rain.

Depending on the geographical area of the shelter, the costs to operate and run the shelter may be quite high. Dog food costs as well as other ongoing expenses is usually higher in states that have a higher cost of living.

In addition, the dogs at shelters receive a certain level of veterinary care prior to being available for adoption which can get quite costly as well.

Is it Better to Adopt or Buy a Dog from a Breeder?

You’ve probably heard the saying ‘Adopt, Don’t Shop’ at some point throughout your life, whether it’s on a bumper sticker on a passing car or you heard it on television.

In addition to a way to save money on initial dog ownership costs, adopting a dog is a fulfilling and meaningful experience. Shelters have limited space and can only take in so many dogs at a time. When you adopt a dog from a shelter, space opens up for another dog.

Rescue groups also take in many adult dogs and senior dogs, which generally go unwanted in favor of getting a puppy. However, adopting a senior dog is also a quite meaningful experience. Allowing an animal to live out the rest of his life in the warmth of a loving family as opposed to in a metal cage with a concrete floor is something special.

We mentioned before that purebred dogs are more prone to health problems than their mutt counterparts. This is usually due to problems indicative of the breed as well as interbreeding practices of bad breeders.

Finally, many pet stores source their dogs from known puppy mills, which are infamous for their deplorable conditions and many health problems in the puppies they produce. There are also plenty of unscrupulous breeders out there who cut corners and use unsafe breeding practices in order to make more money faster.

If you are looking for a specific dog breed for whatever reason, you might be better off buying from a breeder (you should still avoid pet stores). However, with sites such as PetFinder, you can search shelters around the country to see if there are any dogs up for adoption at shelters that fit your wishes.

Ultimately, the question of whether you should adopt or purchase a dog is a personal one that only you can answer.

Are Rescue Dogs Worth It?

An emphatic YES! Rescue dogs are loving, grateful, adoring creatures that fall in love with their new pet parents once they find their forever home. You may never know what may have occurred in your dog’s life before becoming an adopted dog, but you can be sure that you are giving your dog a better life than he or she had.

Rescue dogs from a local shelter typically have fewer health issues since they are not purebred, which is also a great way to avoid huge medical costs (though nothing is a guarantee).

Finally, despite the fact that some people still consider adoption fees to be quite high, they are still far lower than the price of buying from a breeder. If you want to avoid a higher adoption fee, consider looking at shelters in low-income states.

In general, you can expect to spend between $50 and $500 in dog adoption fees when adopting from a shelter, with the majority of adoption fees falling in the $200 – $400 range.