Russian Bear Dog Price – All You Need To Know 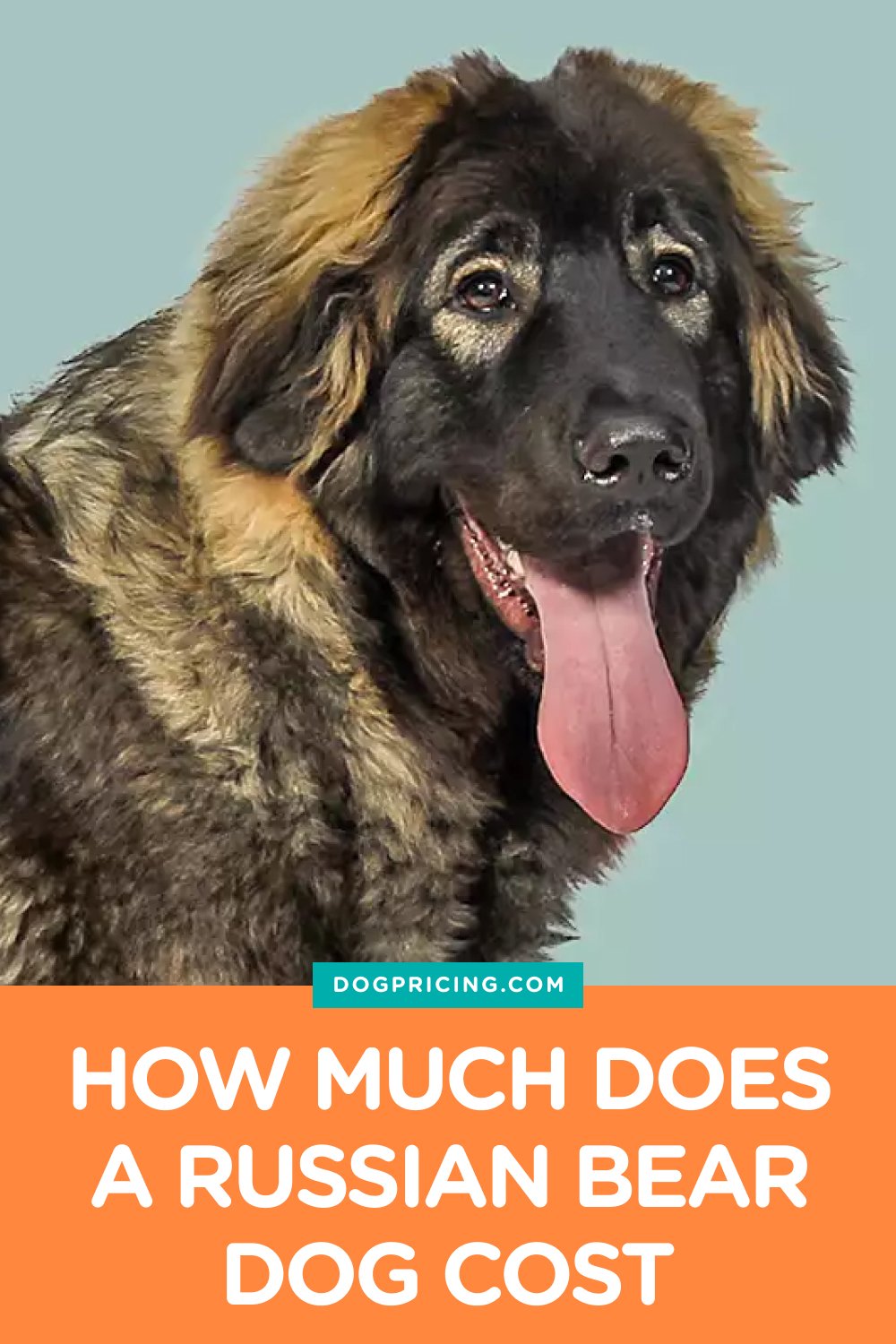 The Caucasus mountainous area of southern Russia is home to a big breed of giant dogs known as the Russian bear dogs.

These Russian bear dogs are also frequently known as Caucasian mountain dogs (CMD) and Caucasian Ovcharka dogs (COD), all of which translate to “livestock protector” in the English language. However, how much precisely does it cost to get a Russian bear dog?

The cost of obtaining a Caucasian Shepherd Dog (CSD) or a Russian bear dog puppy may change depending on the reputable breeder you deal with, the dog’s genetic lineage, and any other considerations. However, the average price of a Caucasian Shepherd often falls anywhere between $1,200 and $2,200 in most cases.

It is possible that you may be able to adopt a Russian Bear Dog from a local animal shelter if you look hard enough. Adopting a pet rather than buying one from a breeder should result in lower overall expenditures; the average price of adoption is a few hundred dollars.

Once you welcome the dog into your house, the expenses associated with dog ownership do not end there.

Your Russian Bear Dog will require various items, along with food, snacks, toys, a dog bed, medical treatment, and other necessities.

When calculating the total cost of purchasing a Russian Bear Dog, make sure to take into account the prices that have been listed above.

How much does it cost to get pet insurance for your Russian bear dog?

The price of Russian bear dog insurance is determined by several criteria, such as your pet’s species, age, breed, location of your residence, and type of coverage you select.

Although the monthly rates for pet insurance can vary significantly from one insurer to the next, the average Russian Bear dog cost is considerably more than the average dog cost, which is usually around $600 to $700 yearly.

The Caucasus mountain range was the birthplace of the Russian bear dog at the turn of the 20th century.

These dogs were initially employed as livestock guardian dogs, whose primary responsibility was to protect sheep from large carnivores like leopards, wolves, and hyenas.

These canines are lively and self-assured, yet they are suspicious of people they do not know and are intensely protective of their families.

Because of the great size of this breed, the dog is not suited for living in flats or other limited living spaces.

The Russian bear dog is a monstrous breed of dog that may weigh anywhere from 100 to 175 pounds and stand between 24 and 30 inches tall.

Tip: Russian bear dogs’ legal status varies from state to state in the US.

Russian bear dog is often acknowledged as the most vicious breed of dog (among all other dog breeds). This dog is renowned for its unparalleled strength and incredible power; as a result, it is well suited for the role of guarding herds of livestock by engaging in battle with predators such as wolves and bears.

Anyone who upsets these irate dogs puts themselves at risk because of the deadly teeth they possess. Therefore, you should not bring it near the youngsters since it has the potential to cause them serious harm and also because they make good pets for families.

It would be appropriate to also discuss its biting force at this point. The biting force of a Caucasian Shepherd ranges between 550 and 700 psi, which is actually higher than that of a lion.

The Caucasian Mountain Dog is famous for being exceptionally devoted to its human family. They are naturally protective and desire to ensure the well-being of the people they care about.

However, because of their natural fear of foreigners and other animals, dogs of this breed require a very experienced owner as well as rigorous training to prevent them from displaying violent traits.

See also  How Much does a Valley Bulldog Cost?

When they are among people they know and trust, these dogs typically exhibit a more chill and affectionate demeanor since they have received the appropriate training and have been raised in a caring environment.

Their disposition, when combined with the proper training, may make them a welcome addition to households that already contain children of an older age.

The Caucasian Mountain Dog is undeniably a breed that cannot be compared to any other. As a result of this, they will call for special attention.

When making plans for the care of your new dog, be sure to take into consideration the dietary requirements, dog food, activity requirements, and training requirements of a Caucasian Ovcharka Dog (COD), as well as the dog’s personality.

The dogs can have a variety of different coats. While some dogs’ coats are longer than others, some are shorter.

The length of your dog’s coat should be considered when determining how often they should be groomed; longer-haired dogs need to have their coats brushed daily. Even if they have less hair, dogs with shorter hair should still be combed, but weekly should be plenty.

It is important to remember to clip your dog’s nails regularly because they proliferate. This will prevent them from becoming excessively long, which might lead to splitting or make it difficult for the dog to walk.

Be sure to check and clean their ears frequently to prevent the buildup of dirt and wax, and be sure to wash their teeth consistently.

The process of training one of these canines might be complicated, so first-time dog owners must be very careful with this large-breed dog. These giant breeds are best suited for people with previous canine ownership experience and an understanding of the necessary training that will be needed.

These dogs have a strong protective nature and do not take well to it when outsiders come into their homes.

If you want the greatest outcomes possible with your Caucasian Mountain Dog, you should start socializing and teaching him or her as quickly as you take him or her home. But after proper training, the adult Russian dog can become a good family pet.

The following are some of the most prevalent health issues that might affect Russian Bear Dogs:

Does the Russian Bear Dog get along well with children?

A Russian Bear Dog might be a suitable companion animal in households with teenagers or adults. When properly trained, they can show a great deal of loyalty and protectiveness.

However, a Russian Bear Dog is not the best option for families with children in their formative years. Because of their size, they risk injury to younger children who come into contact with them. 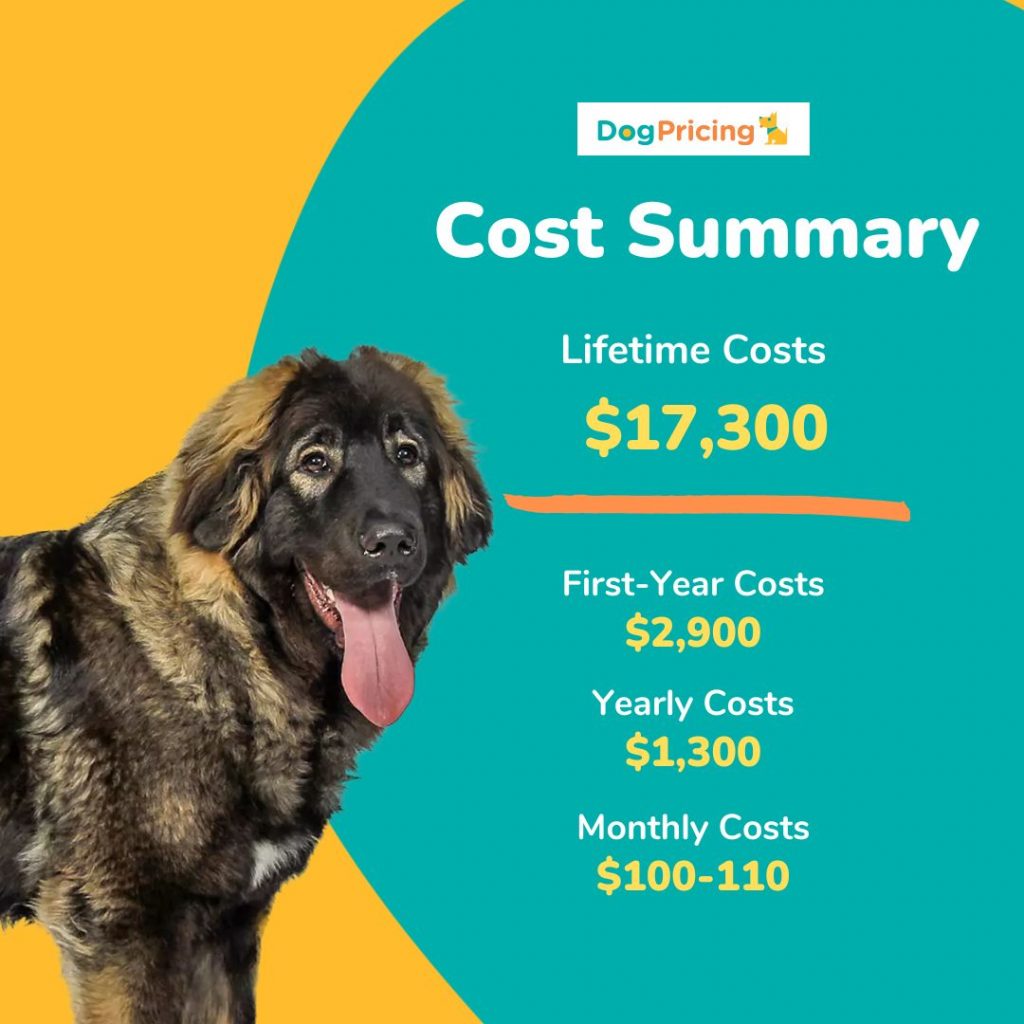 The Caucasian Shepherd/Russian bear dog puppy cost is usually between $1,200 and $2,200.

Be wary of anyone offering to sell a Russian bear dog as a guard dog to you for a lower price than you were expecting. This might be because the dog is experiencing health issues, and the seller wants nothing more than to get rid of it.

You must take further precautions, find a Russian bear dog at a reasonable price, and get the animal screened for any potential health problems. Due to the increased likelihood of paying for veterinary care, inexpensive items might sometimes cost more.