White German Shepherd Price: All You Need To Know 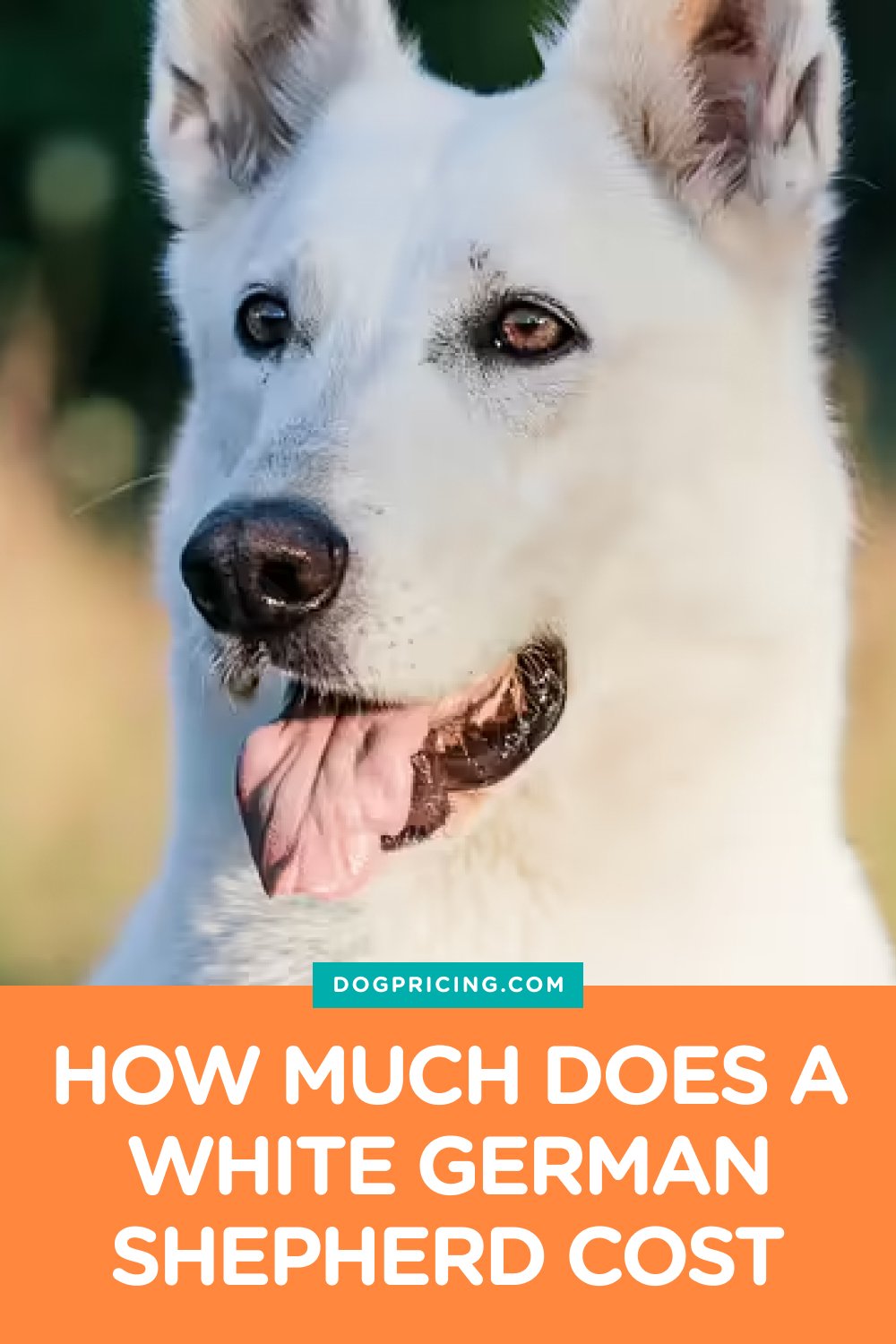 Have you decided to adopt a White German Shepherd as the next family member? Not to be confused with albino dogs, these stunning dogs have a pure white coat and a great temperament. They make excellent family pets for the right owners.

How Much Does a White German Shepherd Cost? 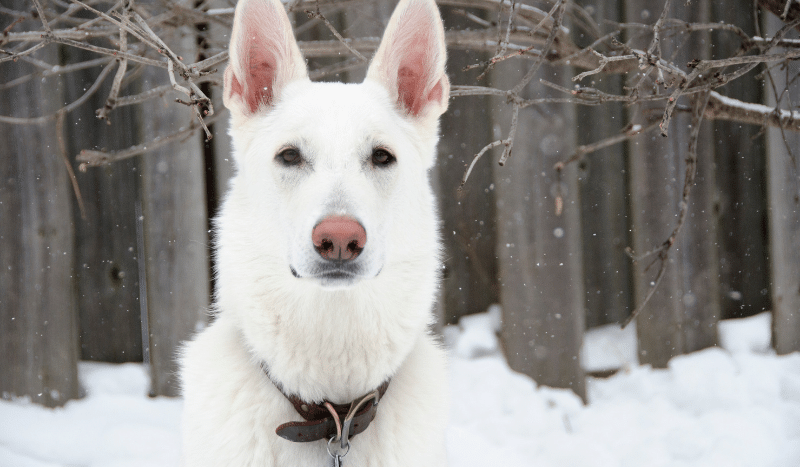 Given the rarity of their pure white coats, it’s unlikely you will find White Shepherds who have been relinquished to an animal shelter.

You will have to go to a breeder to get your White German Shepherd puppies.

About the White German Shepherd 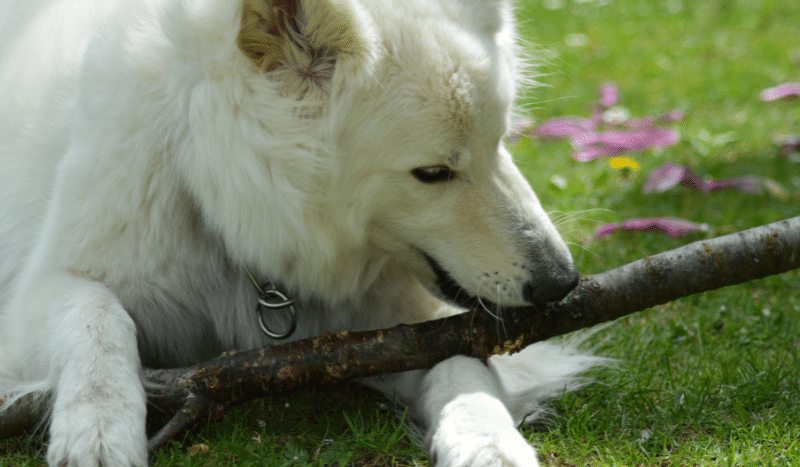 The White German Shepherd began as a German herding dog back in 19th century Germany.

The Nazis erroneously labeled the White German Shepherd as albino German Shepherds, and thus of inferior genetics, which was not true in the slightest. The breed is still the subject of some controversy, however.

Male dogs grow to the height of 24 to 26 inches tall and weigh approximately 65 to 85 lbs. at adulthood.

Female German Shepherds are slightly smaller. They typically stand between 22 to 24 inches in height and weigh between 55 to 70 lbs. at maturity.

Both male and female German Shepherds have an expected lifespan between 9 and 13 years.

White Shepherds are known for their erect ears, pale skin, a weather-resistant double coat, and a low set, natural tail.

Although many people believe that pure white dogs are albinos, that’s not the case with regard to the White German Shepherd. An albino dog would have many different traits that White coated German Shepherds don’t have, such as pink eyes. A white GSD usually has brown eyes and a black or pink nose.

The white recessive gene must be present in two copies in order for the White Shepherd to have a pure white coat.

The stunning White German Shepherd dog has a distinct personality marked by loyalty, intelligence, and protective instincts. This dog makes a wonderful pet, though a German Shepherd puppy isn’t for everyone.

Similar to a standard German Shepherd, the White Shepherds are known for their extremely high levels of intelligence. They are among the smartest dog breeds in the world and do best when they have a task or job to perform. This is when their self-confidence truly shines, even from a young age. They can make an excellent guard dog!

They are energetic and require regular exercise. You should plan to devote at least one hour per day to off-leash running.

They are not an aggressive dog breed, though they can be trained to be. This is not a smart decision and is not recommended.

White Shepherds face the same health issues that standard German Shepherds are privy to. Among the most common medical ailments that affect White Coated Shepherds include:

If you suspect that your White German Shepherd puppy is in poor health, please seek out veterinary care. 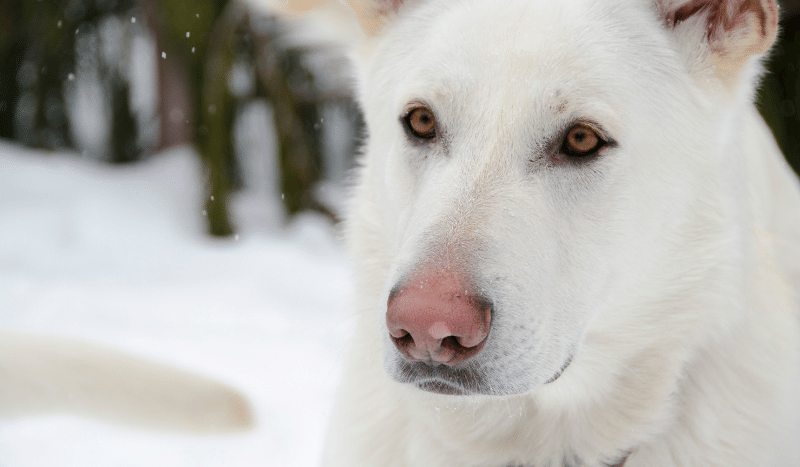 It’s important to use a trustworthy breeder, so you should avoid using a breeder just because he or she is ‘cheap’ in comparison to others.

White German Shepherd puppies usually cost more than an adult German Shepherd dog. This is largely due to the fact that most dog owners want to train their dog from puppyhood and establish the dog as part of the family from their puppyhood. As such, puppy prices tend to be higher.

See also  Chiweenie Price - How Much Does a Chiweenie Cost?

Seniors are the least expensive, as they don’t have too much time left. Most pet owners don’t want to bond with a dog who will pass away soon.

While the United Kennel Club recognizes the White German Shepherd dog as its own breed, the American Kennel Club does not. Most breed clubs simply recognize the white coat as a color variant of a standard GSD.

Therefore, you will not have to worry so much about champion bloodlines playing into the White German Shepherd price.

Geographic location is a factor that affects the price of all dogs. Some areas are simply more expensive.

You also have to factor in the possibility of flying to get your White Shepherd or having your new pup shipped to you, depending on the proximity of the breeder. 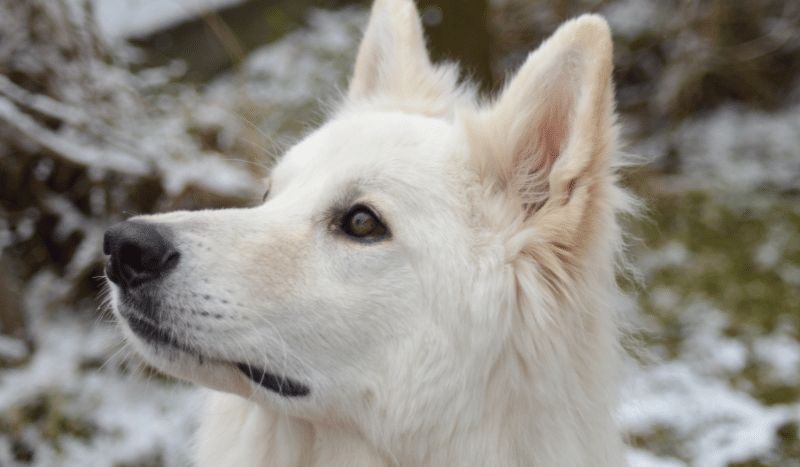 An adult White Shepherd should eat between 2.5 to 3.5 cups of food (in total) per day. This should be split over two meals (1.25 to 1.75 cups per meal). This may have to be modified. To understand the feeding amount and frequency of your White Shepherd, consult with your veterinarian.

This equates to between $45 and $100 per month, depending on what type of food you want to feed your GSD. Most White Shepherds should have premium food. Consult with your vet if you’re unsure as to what brand is best for your White Shepherd.

Routine veterinary care for White German Shepherds is the same as for a non-white Shepherd. Preventative care usually costs in the range of $500 to $700 per year, depending on your vet and your geographical location.

You can expect to pay more in medical costs if your White Shepherd develops any health ailments that are common to the breed, such as hip dysplasia. Still, these uniquely colored pups are generally prone to living a long and healthy life.

One of the biggest advantages of having a White Shepherd is how trainable they are! Early socialization is important for the breed in order to develop healthy social habits with other dogs.

Puppy classes, which are done in a group setting, are primarily for obedience training. These classes generally cost between $25 and $80 per class.

For private training, you can expect to pay a bit more.

White Shepherds demonstrate a great need for exercise. A mature dog will need at least an hour of daily exercise, preferably running off-leash. However, this may not always be possible.

Hiring a dog walker is a must if you cannot provide your White Shepherd with sufficient exercise. Without releasing this energy, this muscular dog could become bored and destructive.

For the dog lover who is worried about costly vet bills and unexpected expenses, pet insurance may be a good option. The cost varies greatly depending on your dog’s health, history, and geographical location.

Most White German Shepherds require a moderate amount of grooming. The more often you brush your dog, the less grooming he will need.

One of the unfortunate drawbacks of this purebred dog with a gorgeous coat is the presence of white hair everywhere!

Grooming costs approximately between $40 and $60 depending on the groomer’s experience and where you live.

If you are a frequent traveler, you should know that White German Shepherds don’t like to be left alone. In fact, they can often develop separation anxiety or other anxiety disorders.

This is why it’s imperative to find a trustworthy pet sitter or place to board your dog if you are traveling. On the low end of the price range, boarding starts at $35 per night.

It’s important to find a place where your white GSD feels comfortable and safe to avoid issues with anxiety. 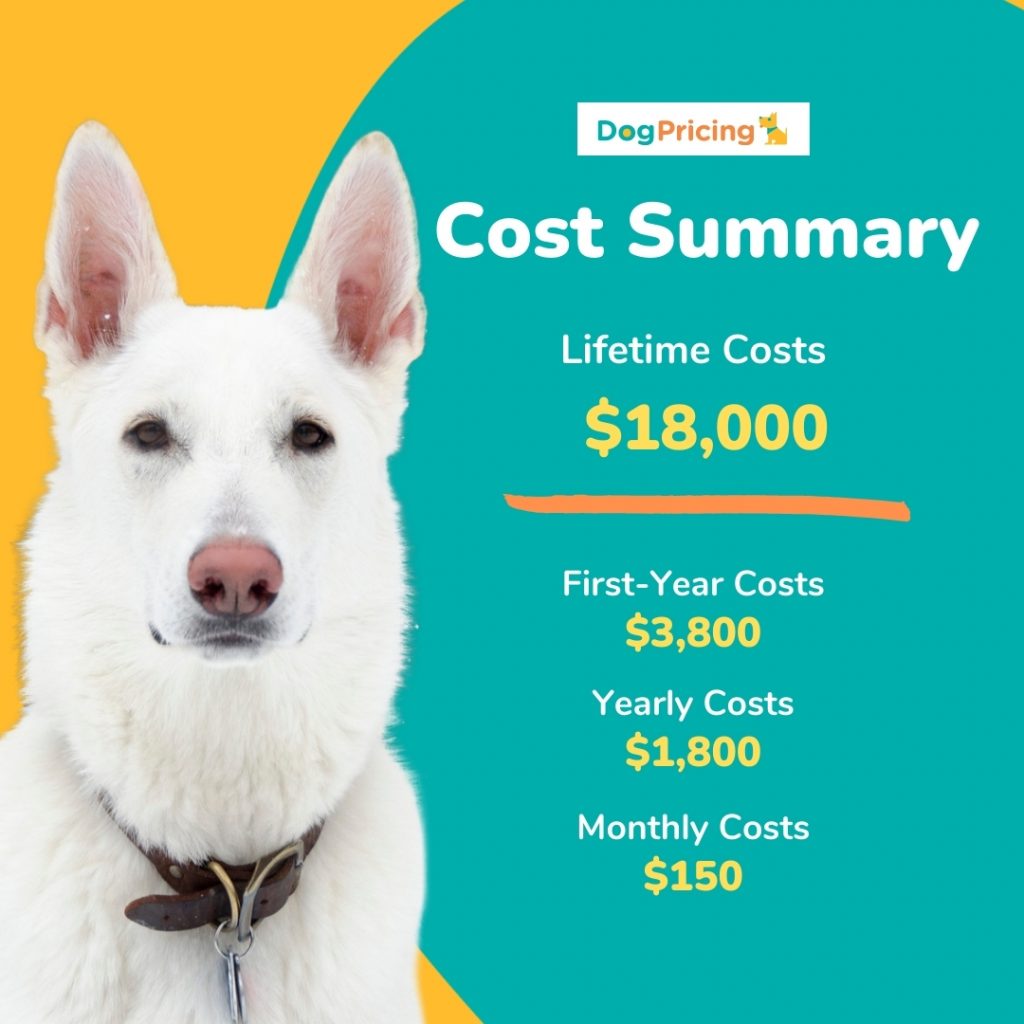 The initial cost of purchasing your White GSD puppy is between $1200 and $1600. The price is slightly higher as their stunning coloring is much rarer, considering it requires two copies of the white recessive gene.

For the first year of your White Shepherd’s life, you can expect to pay around $3800. The monthly cost of your White German Shepherd for each subsequent month will be approximately $150 per month. Annually, this works out to be just under $1800 per year.

The lifetime cost of your GSD will be approximately $18,000.