White Pomeranian Dog Price – All You Need To Do 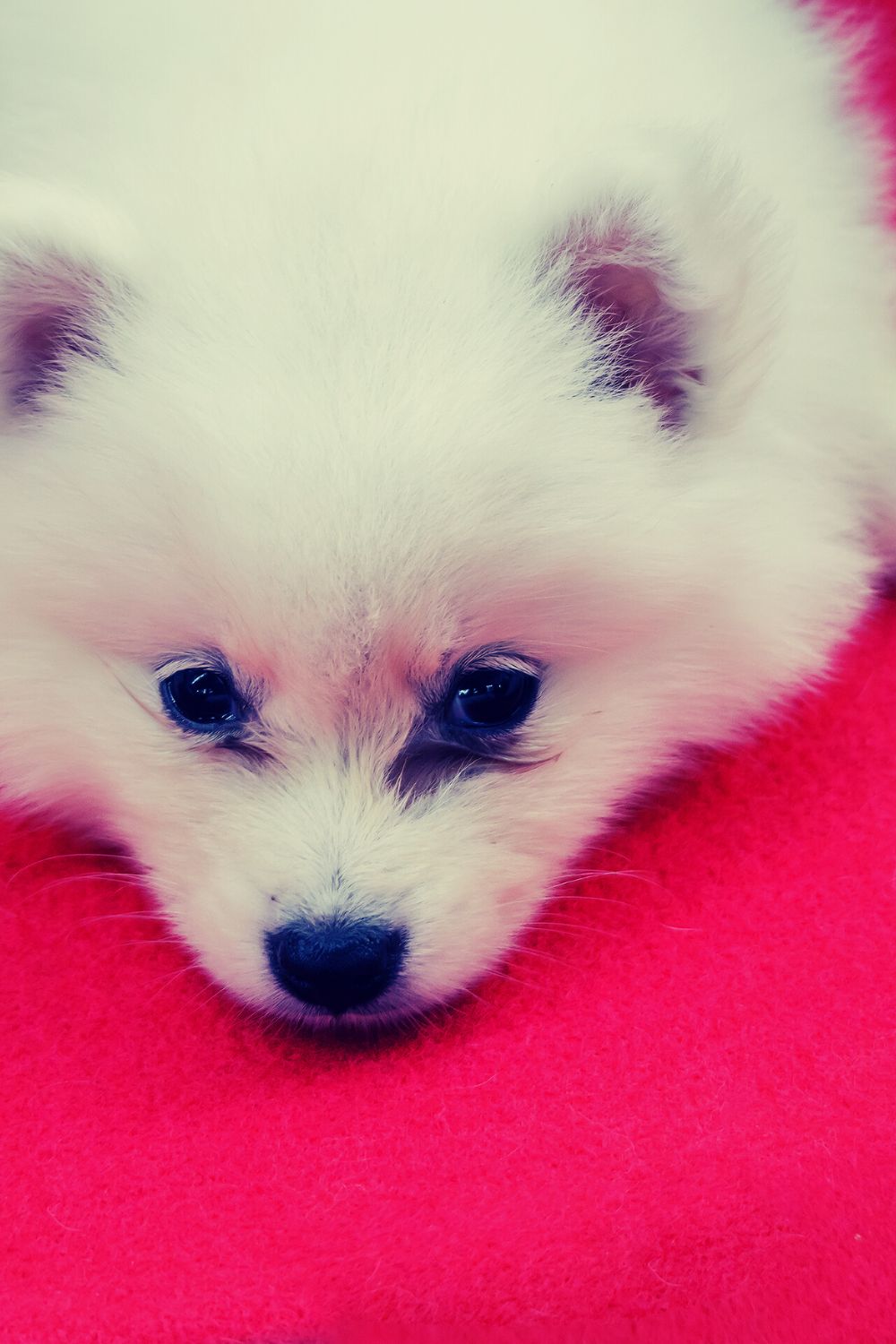 White Pomeranians are the epitome of cuteness, and the pet community loves them for it.

With their enormous fluffy coats and small paws, they steal hearts by resembling a cute fluffy ball. However, how much does it cost to own a White Pomenarian?

The average pomeranian puppy price can range anywhere from $1000 to $6000. But white pomeranian price totally depends upon the breeder, show dog capability, lineage, and many other factors. The fact that it is challenging to create white pom puppies typically results in their fetching a premium price.

Fact: Never buy a Pomeranian puppy from a puppy mill or pet store.

They are identical in every way, from their soft, white fur to their outgoing personalities, active lifestyles, and amusing antics.

Pomeranian dogs originated in the historical area of Pomerania in Europe, which is today divided between the countries of Poland and Germany.

When Queen Victoria returned from a trip to Italy in the late 1800s with four Poms, one of them was white, she was largely responsible for popularizing the breed.

Because she preferred to maintain exclusively orange Pomeranians, the number of white Pomeranian puppies has decreased and is now somewhat rare.

If you’re interested in knowing the cost of a Pomeranian on average and in general, you can read this article.

We also have an article about Pomeranian Boos.

Factors affecting the price of a White Pomeranian 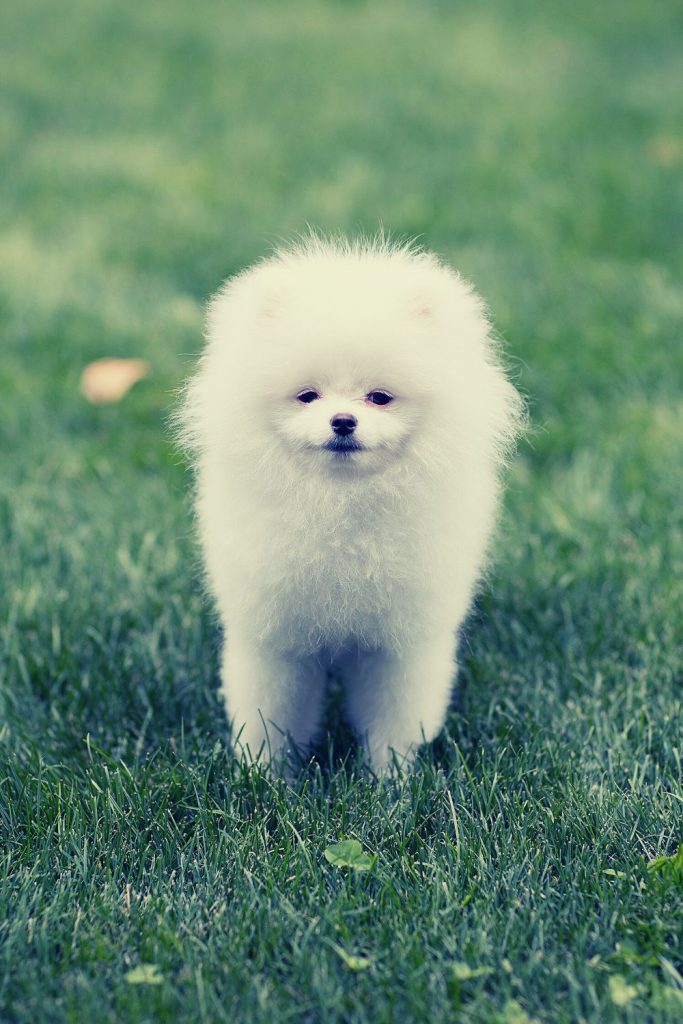 The price of white poms can be affected by several different factors, including the following:

Visiting the kennel personally is the most effective approach to determine whether or not the breeder provides enough care for the Pomeranians in their care.

There, you will have the opportunity to survey the surrounding area in its entirety.

Make it a point to feed the white Pom parents premium dog food since this will have a significant bearing on the appearance and temperament of their progeny.

See also  How Much Does A Borzoi Cost?

Supplies Cost for a White Pomeranian

Introducing your white Pomeranian teacup puppy to his new home will be much simpler if you are prepared with the necessary items.

When more than 250 items from top seller lists on eBay, Walmart, and Walmart are sorted, the upfront investment of supplies is expected to range anywhere from $200 to $450. This estimate was arrived at after conducting research into these retailers’ offerings.

If you choose small dog/toy breeds, you could expect to spend about $400 in the first year of ownership.

After the first investment, things do get cheaper, with the cost for each successive year decreasing between $80 and $150 below the previous year’s level.

This results in a cost of around $120 for the subsequent years after the initial year. This includes the cost of products that will need to be purchased again in the near future, like toys, a mattress, detergent, plastic containers, and tooth-cleaning gears.

Other items, including but not limited to a muzzle, clothes, play cages, and fences, are not included in this set.

Instead, it is responsible for supplying vital necessities. Consider going to second-hand stores, neighborhood pet businesses, or even famous websites to make some of these purchases to save money.

Medical Cost for a Pomeranian

These charges are based on her previous experience. They may clearly change depending on various circumstances like location, the clinic that takes care of the dog, and the condition of the dog itself.

If the owner of an adult Pomeranian decides to go that route, they will need to set aside between $150 and $300 for the one-time cost of spaying or neutering the dog.

It is possible to discover low-cost options that will run you as little as $40 but the majority of clinics will charge you anything from $70 to $250 for the process. In most cases, the cost of spaying (female) animals is higher than that of neutering male animals (male).

The cost to feed a White Pomeranian

White Pomeranians are relatively small canines reaching an average adult weight of 5 pounds. Consequently, they typically only consume around 50-55 pounds of dry food in a given year. This places the annual cost of feeding a puppy in the region at $50-$90, whereas the cost of providing an adult ranges from $25-$90.

The Cost of Owning a White Pomeranian on an Annual Basis

When considering the expense of having a white Pome puppy, you must consider more than just the initial investment. You also need to make sure that you have everything you need to take care of them in your possession at all times.

It is crucial to have a solid understanding of the costs involved in owning a white Pomeranian prior to purchasing it. When evaluating the price of a white Pomeranian, the maintenance is sometimes disregarded.

Maintenence/grooming of your white Pomeranian throughout their first year of life can add an additional $1300 to $1500 to the overall expense of owning the dog.

This is in addition to the initial cost of purchasing the dog. Where exactly you fall within this range is determined by where you reside, the prices of goods, and the cost of healthcare.

White Pomeranians were historically the most sought-after color option. This was before the reign of Queen Victoria in the 1800s when the color orange began to gain popularity.

In addition, it is said that they weighed up to 30 pounds more than the toy breed they are now. Thanks to Queen Victoria, they were bred down to the smaller dog we all know and love today. But remember, these dogs are somewhat pricey and usually the white pomeranian price is between $1000 to $6000 while the purebred pomeranian may cost even more.

Manage Cookie Consent
To provide the best experiences, we use technologies like cookies to store and/or access device information. Consenting to these technologies will allow us to process data such as browsing behavior or unique IDs on this site. Not consenting or withdrawing consent, may adversely affect certain features and functions.
Manage options Manage services Manage vendors Read more about these purposes
View preferences
{title} {title} {title}